How the Game Changer is Hacking my Life

Way back in February of 2008 (thirteen freaking years ago), I wrote the first blog post on this site.

In the intervening years, I’ve been on a journey. Moving from Eugene to Cleveland to the Carolinas. I’ve had a billion kids, wrote a book about fortune telling, somehow stayed married. But fly fishing slipped further and further back into the list of priorities and habits for me.

There was a time I spent every single night on the vise, and every day I could on the water. But as I got further away from the salmon on the Oregon coast, the wild rainbows on the McKenzie, winter steelhead on the Coast Range, the less I found myself caring how (or if) I caught fish. 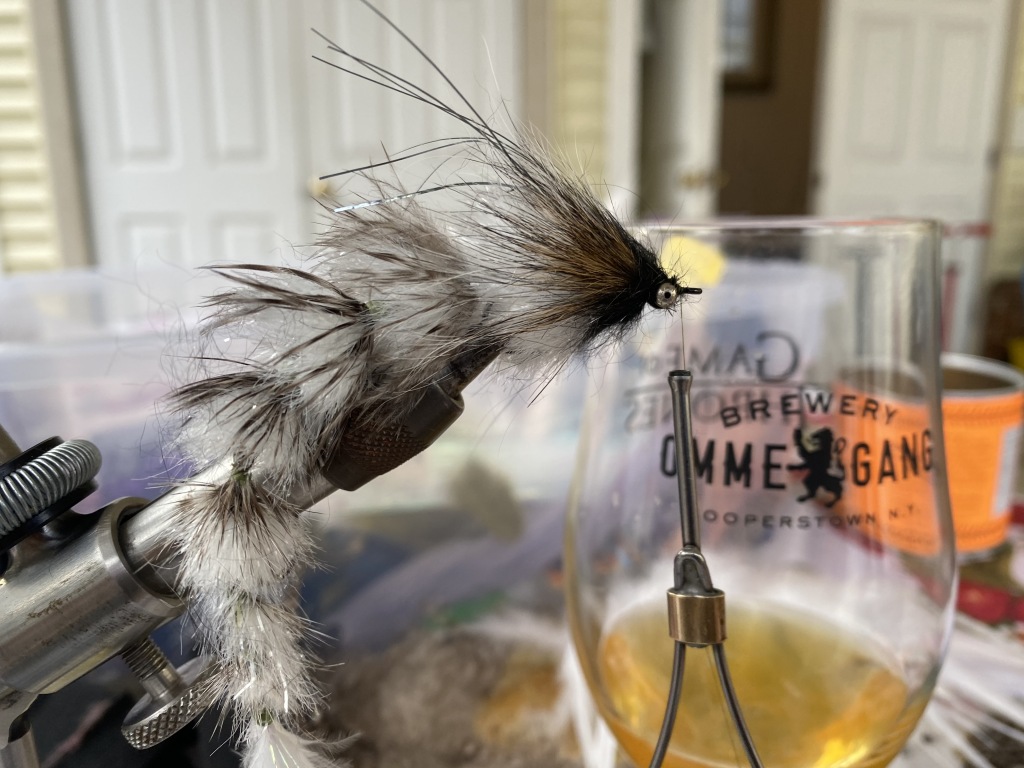 It’s not been a bad ride. People grow and change, but there was a time when I would have risked everything for a weekend on the Deschutes or an afternoon on the lower McKenzie during the March Brown hatch.

I still wanted to see what lurked below the water’s surface, but often as not, I just brought a spinning rod. I gave away mountains of fly tying materials to friends. I took up birding and identifying moss species.

But the pandemic has left us all fragile, open to nostalgia, reliving past glories, and rethinking what’s important. And what is important to me now – pushing aside family obligations, work and a half-finished novel – is tying and fishing articulated streamers.

I blame my brother Captain Nate, Carter my fishing partner in the Carolinas who feels like a mirror of 2008 me, Blaine Chocklett and Chris Daughters for bringing me back to this point. Nate and Carter specifically recommended the Game Changer book to lure me back in; and in the way of these things, the activity gained its own momentum.

They laid a trap to get me obsessed again. It worked. So here I am with feather scraps all over the kitchen floor, fingertips crispy with strange glues and adhesives, checking the water levels everywhere within an hour’s drive of my house.

I’m going to be writing about my experience tying and fishing these big articulated streamers over the coming weeks. Right now, I’m really enjoying the thematic overlaps between the Game Changer fly platform, and the patterns of my brain, my life.

I love that they dug Larry Dahlberg out of whatever gear-fishing purgatory he’d been hiding in to write the forward to the book. I love how connected streamer fishing is with the quarry, how you are embodying the bait to interact with the fish, the sense of play, cat and mouse. I love the balance of the synthetic with the natural. I love the fact that it’s essentially stacking a bunch of over-dressed wooly buggers onto a chain of paperclips to make something profoundly tantalizing.

There’s a tailwater stream an hour north of me that is full of hungry brown trout, a few warm water streams in my own watersheds that I haven’t given the level of attention they deserve, and a coast full of marshy tidewater I haven’t even really touched.

It’s not going to be easy. I was on the trout stream a week ago and fell in deep enough to soak my goddamn hat. I put together rod, line and leader combinations that fished like shit. My cast was garbage, my focus was worse. But it’ll come back. I’m obsessed now. I hope you’re all happy with yourselves.

2 Responses to How the Game Changer is Hacking my Life