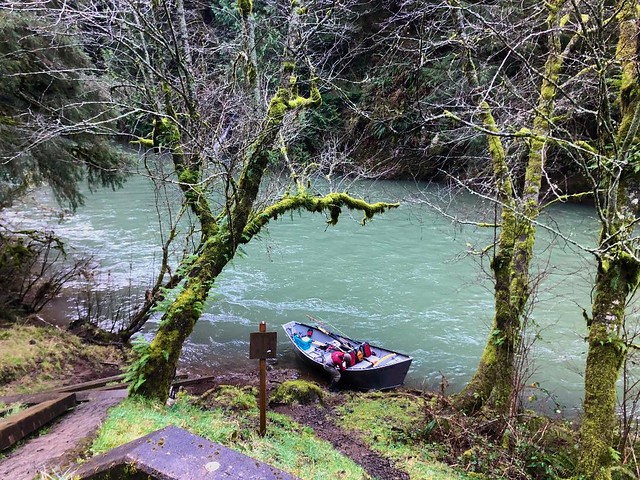 Greetings OFFB readers! This past weekend, Bryson, Alex Worth and myself made the slog drive up to the Tillamook area to see if we could find ourselves a mysterious anadromous rainbow trout that supposedly inhabit our rivers in the winter months.

I had just purchased Redington’s new Claymore two-handed rod in the 11’ 6” 8 weight flavor, paired up with a Hardy Marquis Salmon 2. It is a beautiful looking setup and I was staring at the outfit all week feeling pretty confident in our future endeavors. The three of us met up in the morning at Steiner Boat Ramp on the lower Trask and made our way up to the treacherous Cedar Creek boat slide. As you can tell, the river was on the high and off color side of things but we decided to go for it anyway.

There were quite a few gear boats ahead of and behind us, but that shouldn’t be too much of a deterrent early in the season, especially fishing higher than ideal water. As we were working our way down river, Bry and Alex were fishing a bead setup with very little love on the other end. A few 8-12” cutthroat were caught throughout the day, but we didn’t end up encountering any of their bigger chrome cousins. At a certain point, the river widened out and didn’t feel very “fishy” or “steelheady”, so we decided to push down as Bryson had to make the 3 hour drive back to Eugene that evening.

When we got to the take out (mud pit), there was one other boat taking out in front of us that let us know they caught a few fish bobber doggin with beads and yarnies, so it’s good to know they’re not yet entirely extinct. 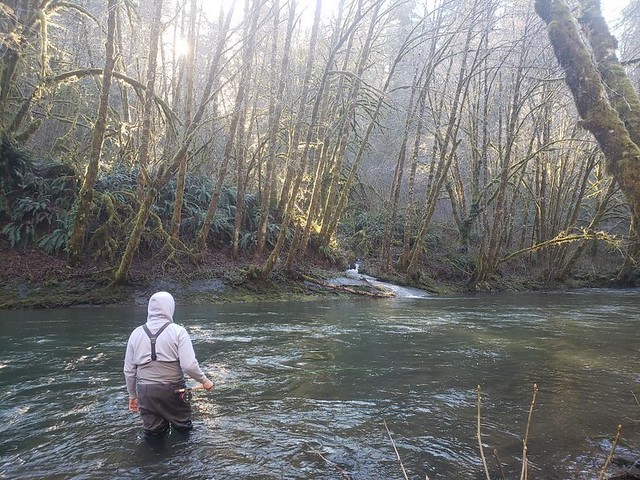 The next day, Alex and I took our sweet time waking up and decided to just wade around on another coastal stream. Again, there were quite a few folks out and our prospects didn’t seem too promising. Nevertheless, we gave it a pretty good go, but only had a few more small cutties to show for it. Such is the life of a winter “steelheader” I suppose. 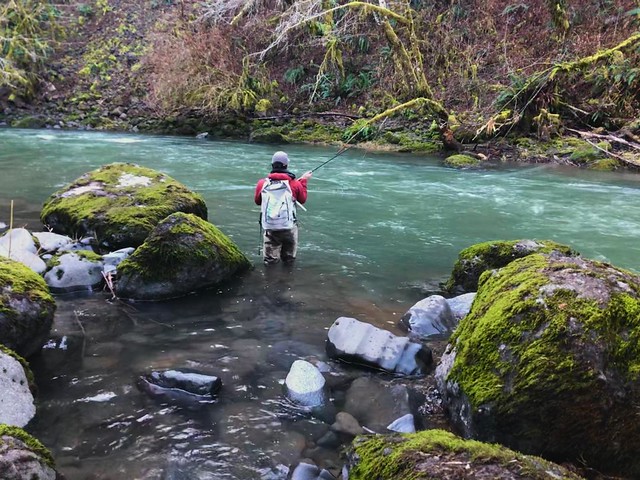 I must say, Redington has knocked it out of the park with this new Claymore rod. In the price point, I think you’d be pretty hard pressed to find a better performing, and looking, rod. My Skagit casting was very rusty after basically 9 months of no practice, but I can tell with the proper head, tip, and fly configuration, this rod will get it done. I was fishing an Airflo F.I.S.T. in 540 with a T-14 tip and pretty heavy fly for most of the day, but struggled a little bit with turning over said large fly. I had a meeting with Jeremiah Houle (SA, Orvis, Aqua Flies rep) this week and he let me try out SA’s new Skagit head in a 510 that I will be testing this weekend. I think a slightly lighter head will help with pick up and turnover as my previous setup felt just a bit too clunky and fast sinking. Anyway, thanks all for reading and stay tuned for more winter steelhead updates! 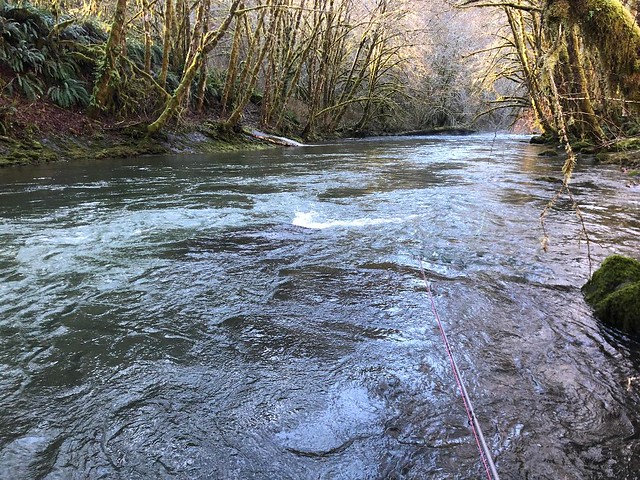 This entry was posted in Coastal Steelhead Fishing, Fishing Reports. Bookmark the permalink.