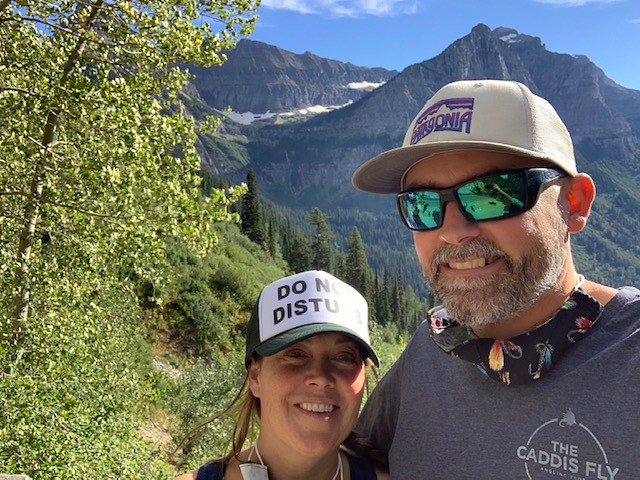 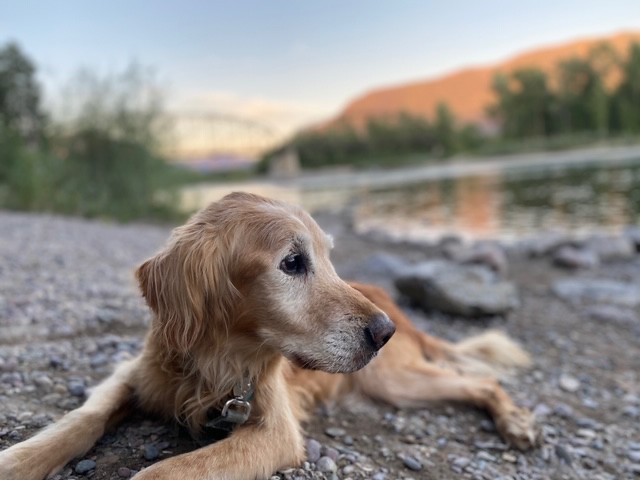 End of Summer road trip with our close friends had us leaving Eugene the first weekend of September to explore the Rockies. None of us had been to Northern Montana so plenty of homework and contacting a local friend led us to the Flathead Valley. After rendezvousing in Bend we spent a couple nights in Sandpoint, ID and then drove North then East into Montana. Our good friend had everything lined up for us and after tenting it for a few nights we were rewarded with a luxury wall tent. 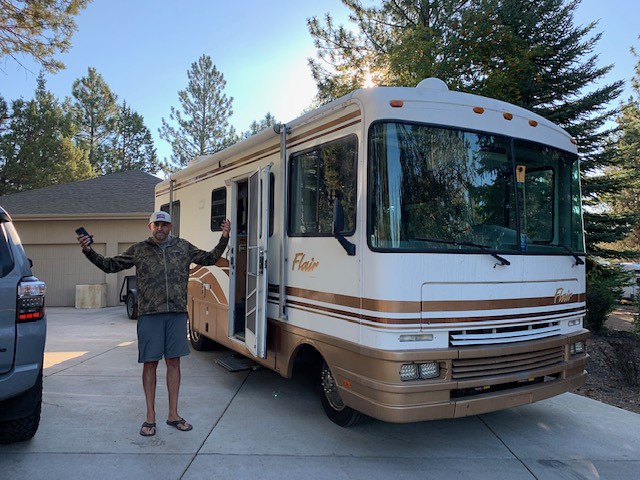 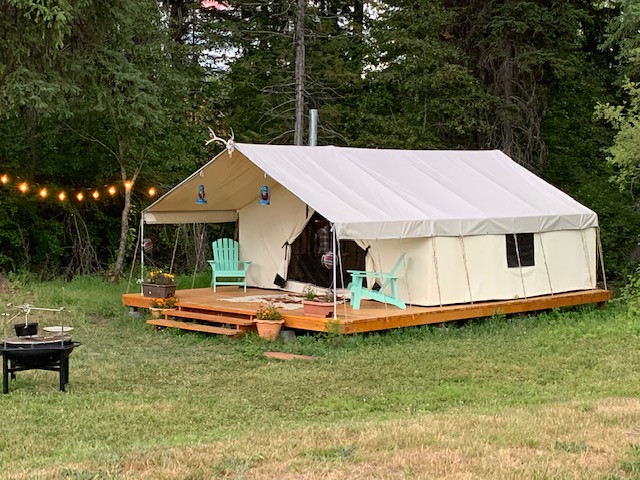 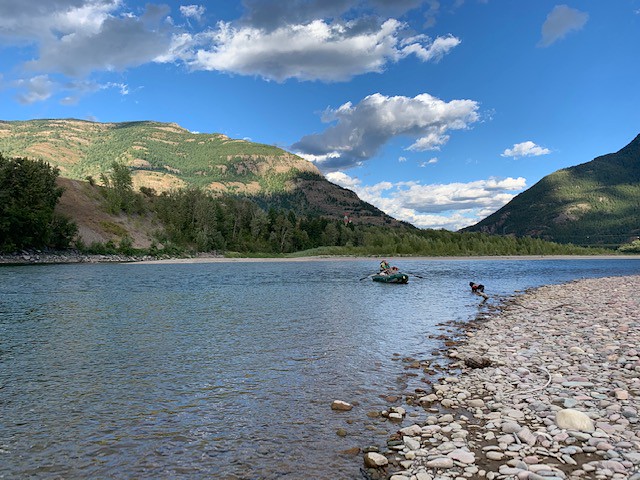 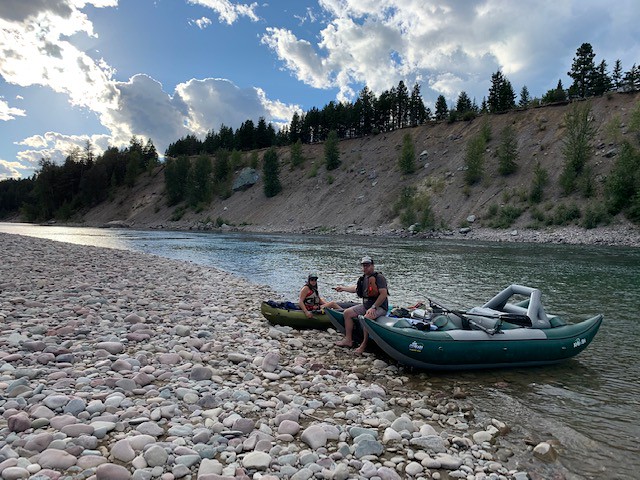 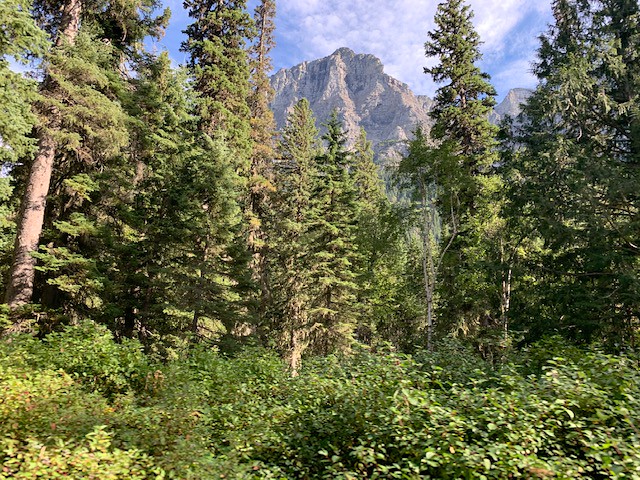 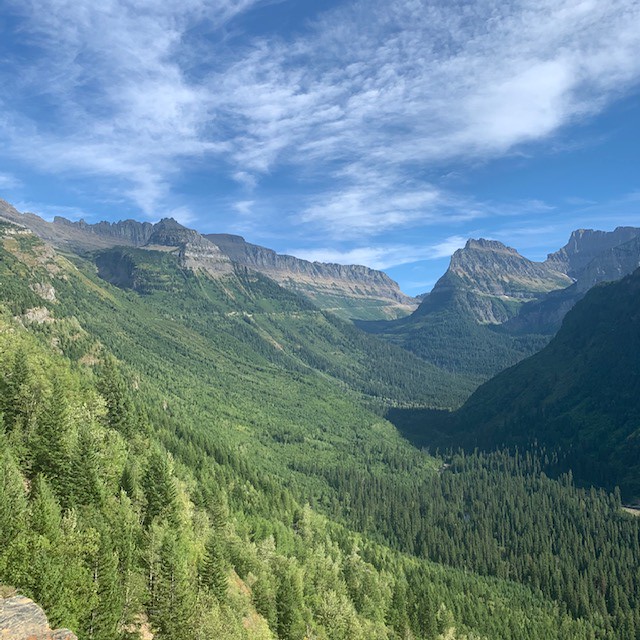 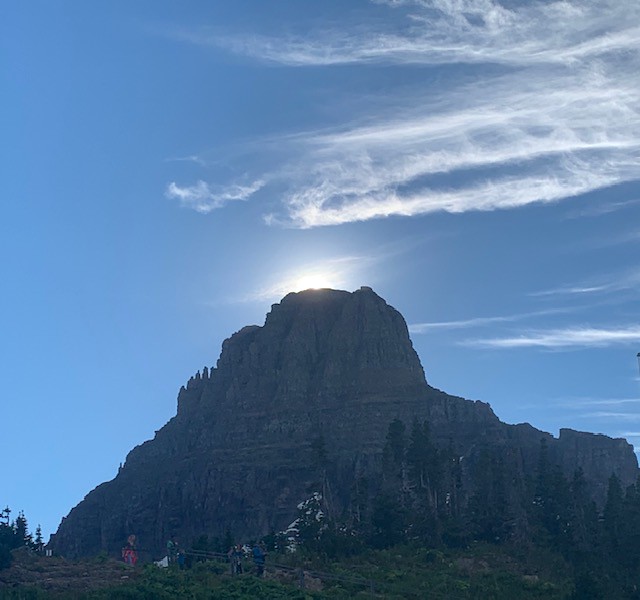 Next day led to an evening float on the “town run” of the Flathead just outside Columbia Falls, MT. We brought the shop Outcast Ambush and it was the perfect boat for this trip. Fished the normal McKenzie dry dropper and quickly caught 3 whitefish. Somewhat ironic as we were 10 miles from Whitefish, MT. In talking with one of the locals I was apparently fishing “too deep”. Chopped the dropper down and proceeded to get skunked for the remainder, oh well. 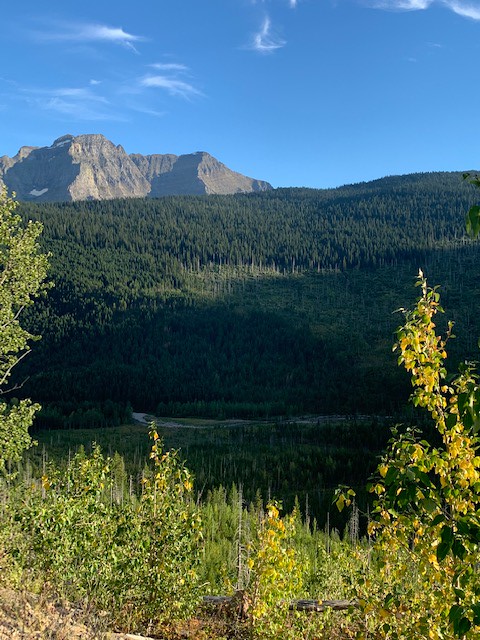 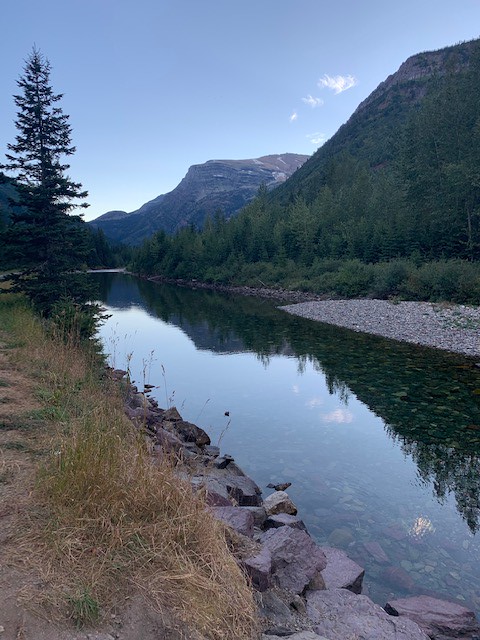 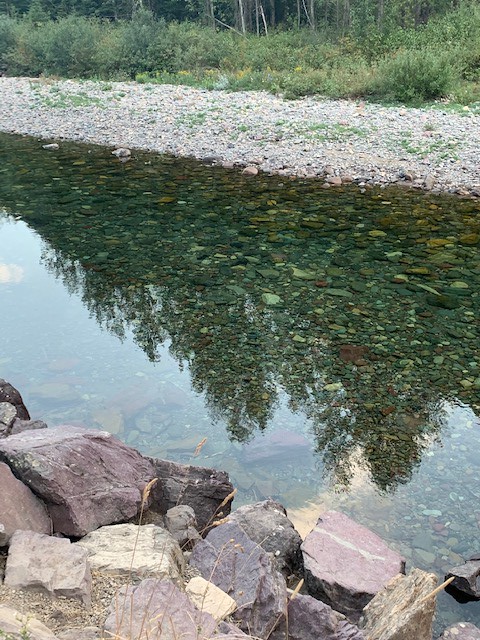 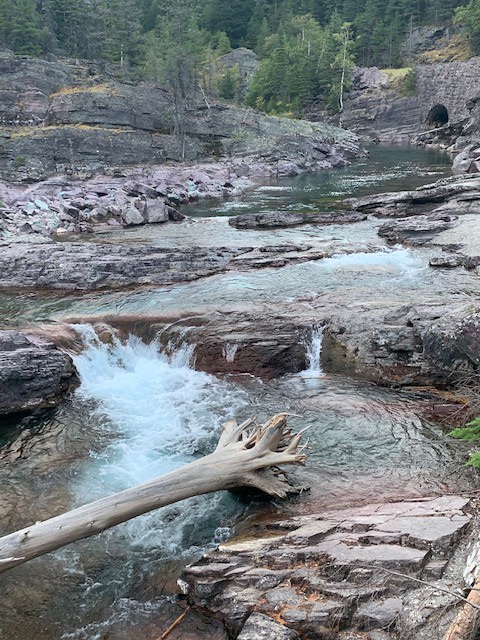 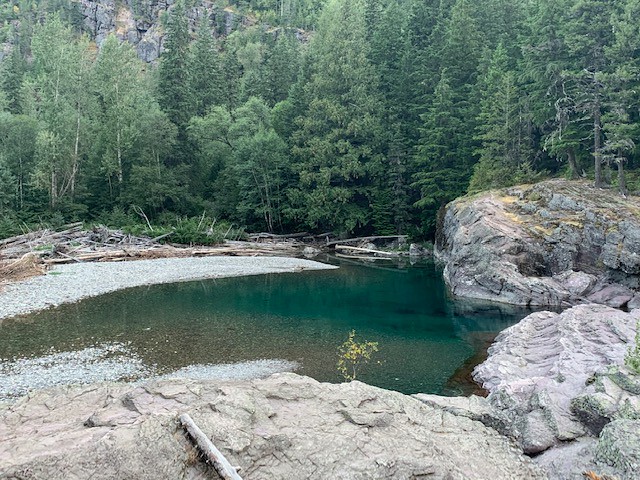 The following day we drove the Going to the Sun road through Glacier National Park and it lived up to the hype. It is a spectacular 50 mile drive through many different landscapes from Lake McDonald to cedar forests to alpine tundra with stunning mountains views. You cross the continental divide at Logan Pass and due to Covid the East entrance is closed so you are forced to turn around shortly after. At one of the many pullouts and were rewarded with peekaboo views of a Black bear and two cubs from a safe distance. 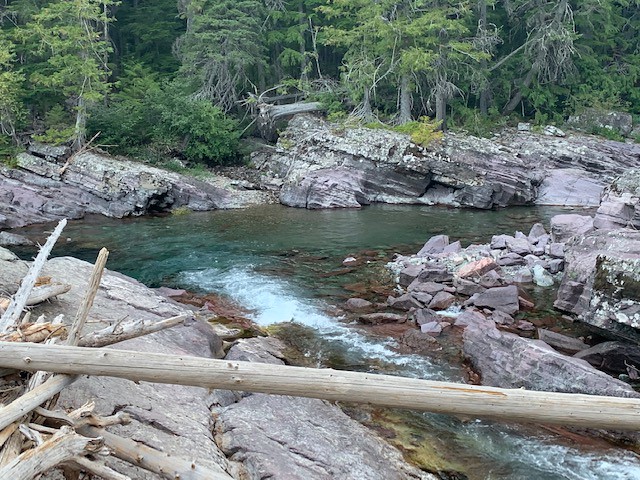 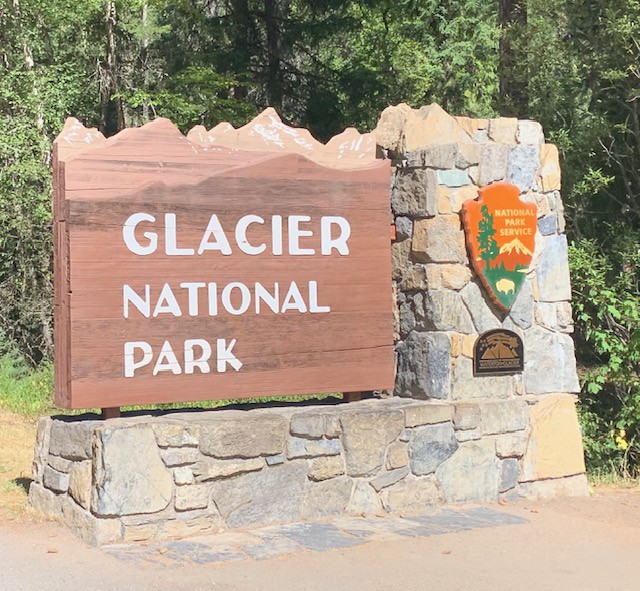 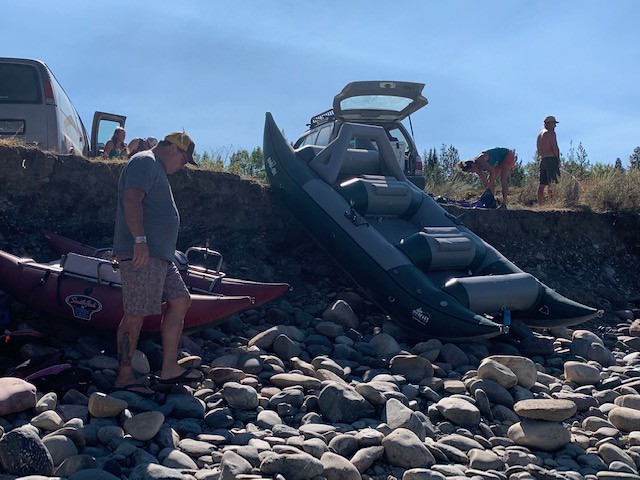 We then made the short but tedious drive to Polebridge, MT. Polebridge is completely off the grid with all power coming from generators and solar. Next two days we did 2 different floats on the NF Flathead River. First evening we had great fishing for Westslope Cutthroat, with fish hitting both the dry and the dropper. Right before the takeout I had an unusual encounter with fish boiling on a cutbank. I grounded the boat above the rising fish and proceeded to catch whitefish on dry flies on 6 or 8 casts in a row. I have never seen whiteys act that way but apparently it is common out there. 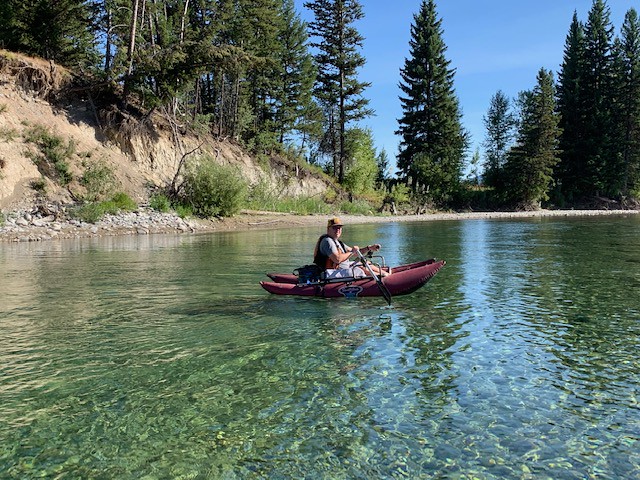 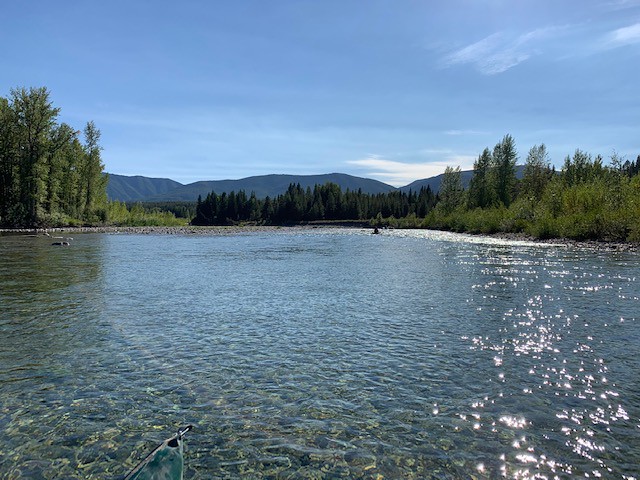 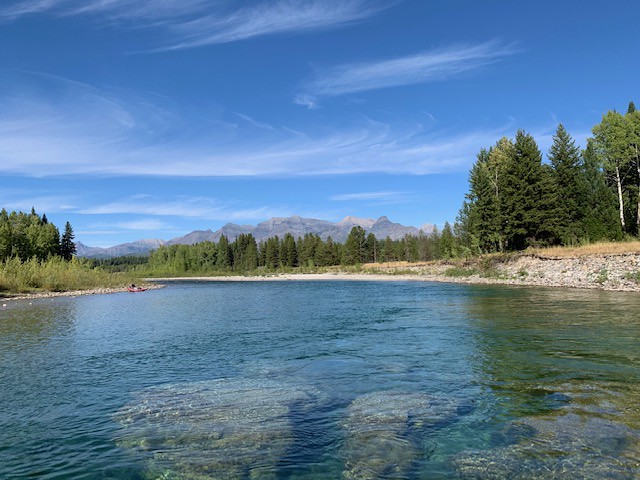 Next day we put in at the previous day’s takeout and did a longer float. Fishing was much slower with shallower runs and less holding lies but we did squeak out a few here and there. Nonetheless the scenery was breathtaking the entire time. The NF is the Western border of the park and around every turn we were reminded why this is truly Big Sky country. River was running about 200 CFS so inflatables were required. 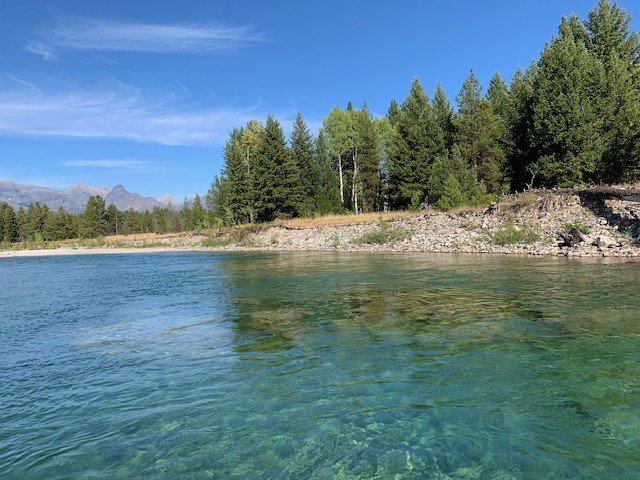 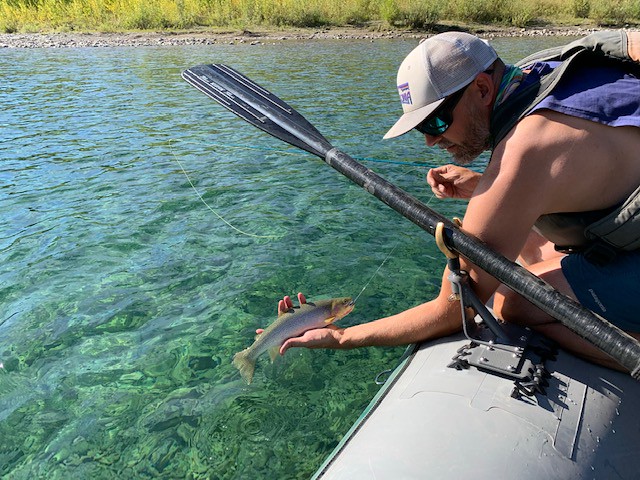 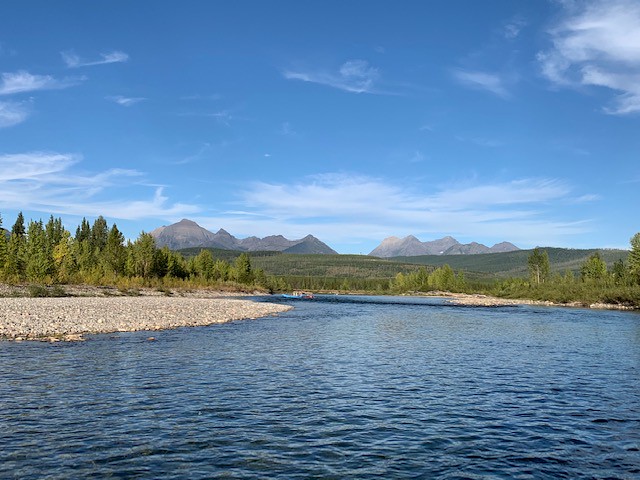