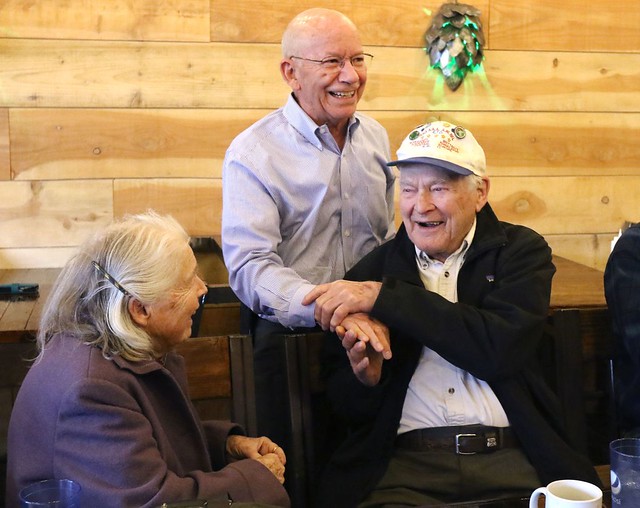 WWII vet married 77 years forced to evacuate twice, says beloved wife most important: ‘I have the treasure with me’

The fate of Frank and Jeanne Moore’s home near Idleyld Park remained unknown Wednesday afternoon. Also uncertain were the fate of his World War II medals and decades of memorabilia, and the state of the steelhead sanctuary along the North Umpqua River that bears their name.

As the Archie Creek Fire spread near their home, they evacuated Tuesday morning to their daughter’s house in Glide, and when Glide was evacuated they relocated to their nephew’s house in Roseburg on Tuesday night.

This entry was posted in North Umpqua River Fishing Reports. Bookmark the permalink.