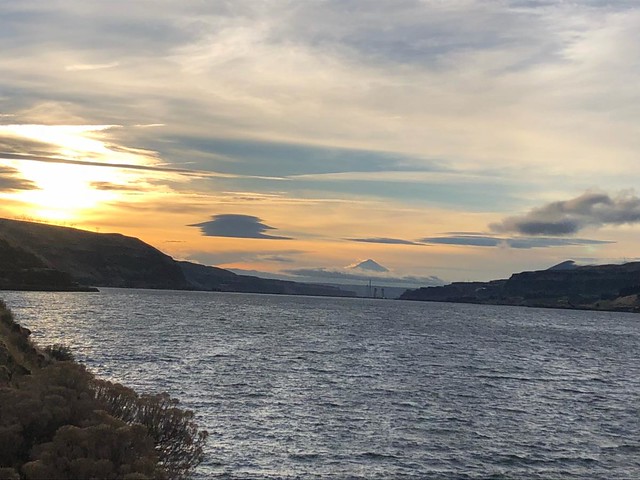 From The Conservation Angler

The Oregon Department of Fish and Wildlife (ODFW) will protect wild steelhead and salmon using the cold water refuges at the mouth of Eagle Creek, Herman Creek and the Deschutes River where no-angling sanctuaries will be established to protect heat-stressed migrating wild salmonids this summer.
﻿

Thank you to all who supported our efforts to establish these critical wild fish sanctuaries!

The Conservation Angler is grateful for your encouragement and personal advocacy.

Anglers have known for decades that wild steelhead and salmon have relied on cold water refugia (CWR) during their upstream migration in the Columbia River. Bill Bakke, then director of the Native Fish Society, had been advocating for the protection of heat stressed wild steelhead and salmon during summer hot water conditions since 1998. It was not until 2018 and again in 2019 that ODFW was moved by public advocates and the Oregon Fish & Wildlife Commission to close the mouth of the Deschutes River to fishing when the Columbia became too hot.

The Conservation Angler led the science-based advocacy before the Commission which urged the reluctant department staff to act. TCA appreciates the support of the Wild Fish Conservancy, Native Fish Society and Trout Unlimited who backed up our work at every turn.

ODFW was unable to ignore a critical US Environmental Protection Agency (EPA) draft report released in October 2019. That report highlighted the critical role that CWR played in the migration of wild salmon and particularly, wild steelhead. The EPA Report presented essential scientific evidence that the CWR were extensively used by heat-stressed wild salmon and steelhead – however, these fish remained vulnerable to targeted sportfishing efforts that significantly reduced the meaningful biological benefit of the thermal resting areas.

These No Angling Sanctuaries will be effect for two summer months (July 15 thru September 15) and are part of the 2020 Columbia River Salmon and Steelhead sportfishing regulations announced on May 18. ODFW also announced that development of a permanent Thermal Angling Sanctuary rule is underway.

While it took ODFW 20 years to protect ESA-listed wild salmonids threatened with extinction during their migration to spawning grounds throughout the Columbia and Snake Rivers, The Conservation Angler sincerely applauds ODFW and the Fish & Wildlife Commission for taking critical action in 2020 to protect low returns of ESA-listed wild steelhead and salmon seeking relief in the cold-water refuges.

Yet more remains to be done.

Washington has not established No Angling Sanctuaries at thermal refuges both below and above Bonneville Dam. However, WDFW did modify specific angling rules that they believe will prevent the targeted angling on wild steelhead resting in CWR at the Wind, Little White Salmon and Big White Salmon Rivers. The Conservation Angler will monitor the effectiveness of these modest rule changes in these areas this summer season.

Establishing no angling sanctuaries in these cold-water refugia for ESA-listed wild steelhead are only half the battle, as the EPA Report on CWR predicts that the Columbia River will be a lethal migration corridor for salmonids by 2040, if not before. All of us will need to join the on-going fight for source protection immediately.