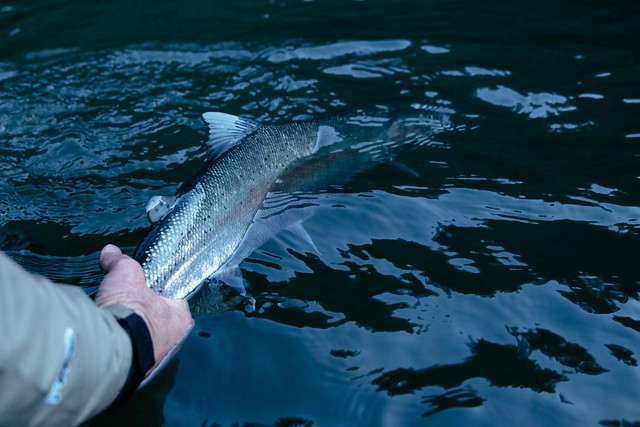 From the Native Fish Society

In March of 2020, Native Fish Society was contacted in regards to steelhead populations on the North Coast. Looking at data collected by the Oregon Department of Fish and Wildlife in their annual Oregon Adult Spawning Inventory and Sampling project (OASIS), Native Fish Society fellows and staff collaborated to evaluate population trends over the past century. Native Fish Society expected to find stable or increasing numbers of fish, based on ODFW’s management decision to remove Oregon Coast Steelhead from the State Sensitive Species List in 2014. On the contrary, it led to the discovery that our beloved steelhead are declining at a significant rate of 20-24% per decade in many rivers. This average rate of decline puts the already fragile populations at risk for extinction in the next 50 years. In response, NFS is requesting that ODFW evaluate Oregon coast steelhead populations for listing on the State Sensitive Species List, and we invite you to join us in this effort by signing our ongoing action alert.