Leaburg Canal to remain down through 2021 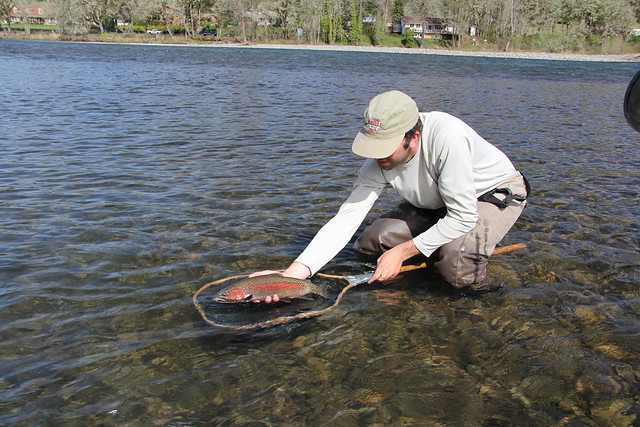 Anglers who know how great the lower McKenzie can be in late winter and early spring can rejoice and look forward to an even longer productive spring and summer season. Fish like water and there is no doubt in my mind that high water years have meant longer and more productive fishing seasons on the lower McKenzie. It appears with the information below that we will have more water in the lower river regardless of snowpack and rainfalls.

From Eugene Water and Electric Board- Joe Harwood

After collecting and analyzing subsurface soil data along the Leaburg Canal embankment near Cogswell Creek, the Eugene Water & Electric has determined that the time required to develop and implement a safe and reliable repair plan will keep the canal out of service until late 2021, at the earliest.

EWEB drew down the canal in October 2018 over concerns about excessive seepage through the canal embankment near Cogswell Creek. Since that time, EWEB staff and our engineering consultants have been working on an investigation and repair plan in an effort to safely restore the canal to service, both for generation purposes and for other stakeholders such as the McKenzie Hatchery and irrigators.

Engineering analysis of subsurface soil samples has preliminarily concluded that low strength materials within the canal embankment near Cogswell Creek could deform significantly during an earthquake. These seismic analysis findings, in combination with the known susceptibility of the canal to excessive seepage, have increased the challenge of developing a safe, reliable, and cost-effective repair design. As a result, EWEB has extended the projected timeline for returning water to the canal until late 2021, at the earliest.

In the meantime, EWEB has continued to perform work to keep the facilities operating safely while the repair planning work progresses. Since the Leaburg Canal intercepts a number of creeks along its five-mile length, (Johnson Creek and Cogswell Creek being the largest side streams), there are times during the wet weather season when the canal conveys a large amount of stormwater, even though the canal intake facilities on the McKenzie River are closed.

EWEB staff will continue to carefully monitor the performance of the Leaburg Canal throughout the wet weather season, particularly during storm events when tributary creek flows rise. EWEB staff are poised to identify and respond to any unexpected developments along the full length of the canal and will inform canal neighbors of any changes of concern.
The Leaburg Canal has presented a long-standing seepage challenge for EWEB dating all of the way back to the original construction of the canal in the late 1920s. There have been indications in recent years that seepage conditions at some locations were worsening.

While EWEB does not believe there is an imminent danger of a canal breach, the demonstrated potential for excessive seepage makes it clear that we need to make repairs to the canal prior to returning the facilities to service. 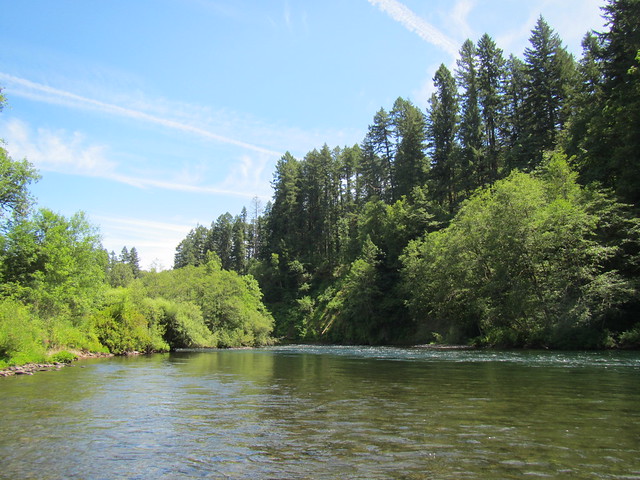 I asked our local veteran biologist Jeff Ziller about this and he confirmed my assessment.

Hi Chris:
You are spot on in your assessment that the shutdown, and resulting higher flow, will provide increased instream habitat for trout and many other aquatic species. During the Leaburg Walterville Hydroelectric relicensing process, we fought very hard for higher minimum instream flows than what the Federal Energy Regulatory Commission gave us. I was extremely disappointed with the 1,000 cfs minimum as I was certain the river productivity for trout was greatest above 1750 cfs. The river has been above about 1,600 cfs all of 2019; pretty close to what we were advocating for.

On the other hand, the canal is the water supply for McKenzie Hatchery and not having the hatchery running is causing quite a few complications in terms of rearing chinook and collecting adults when they return. We are rearing the Chinook at Leaburg Hatchery and working on some solutions for adult collection. I’m cautiously optimistic that the adult collection ideas can be implemented and that they will work.

So I agree, nothing but good for trout (and also wild Chinook rearing) but difficult especially for collecting adult hatchery Chinook returns.