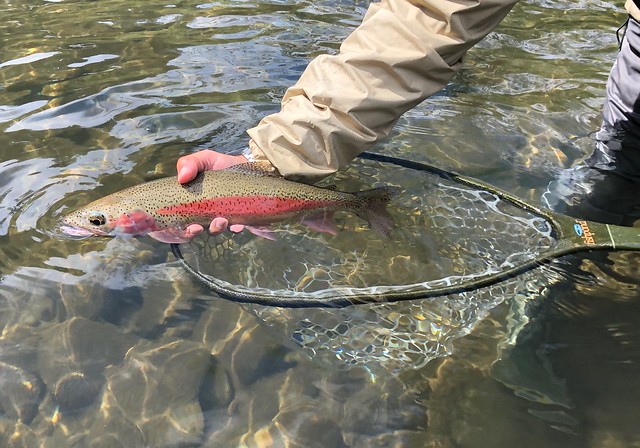 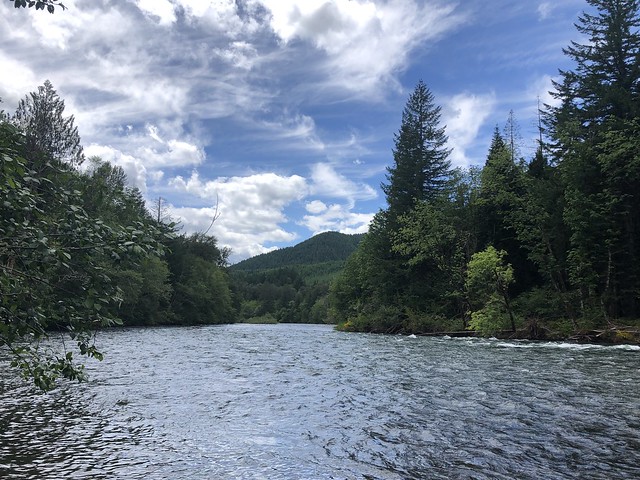 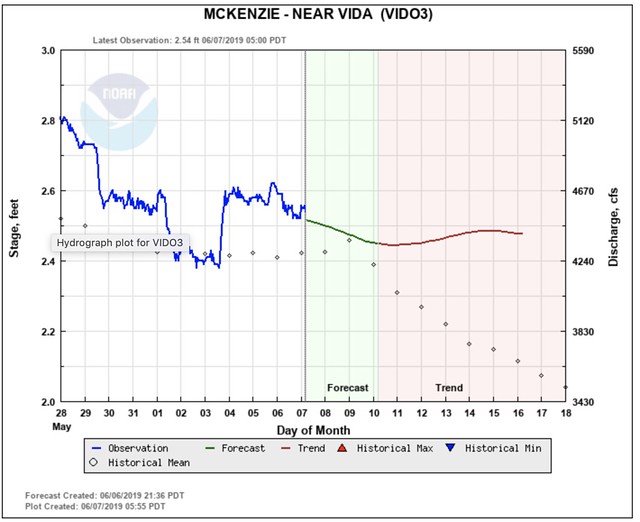 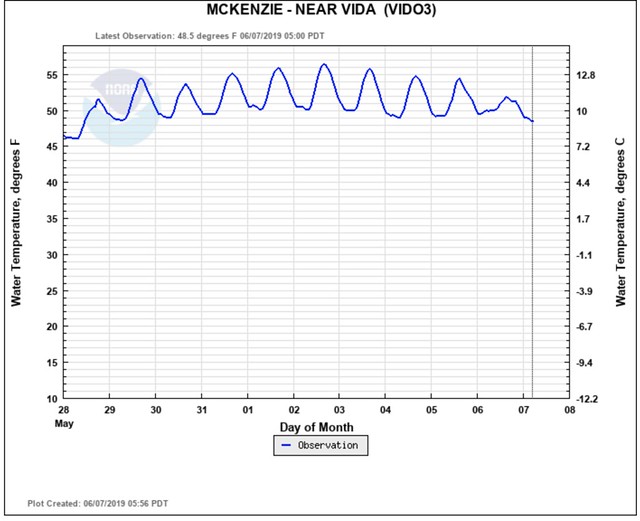 The McKenzie River remains high, significant reservoir releases and a good snow pack have combined to create a “big water” year. Water temperatures remain lower than ideal and hatches have not what you might call intense of late. We are seeing daily emergences of Green McKenzie Caddis, Pale Morning Duns, Brown Caddis, Green Drakes and Little Yellow Stones. Golden Stones are flying about when air temps come up near 70 but not in big numbers. Nymphing has been the most consistent tactic. Mega Princes, Possie buggers, and Brillon’s Lucent Jigs have been the most productive nymphs. 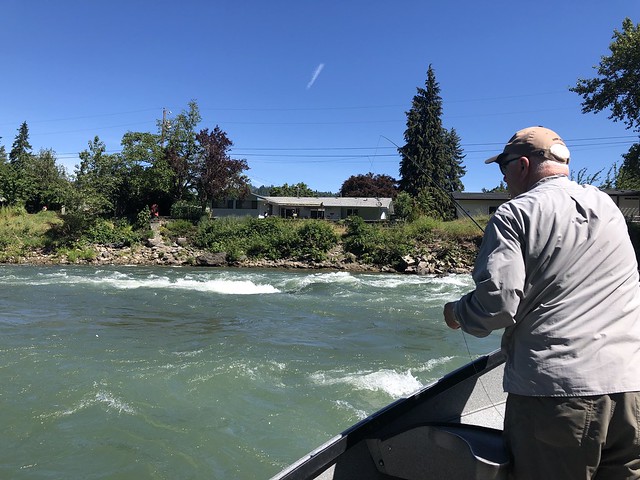 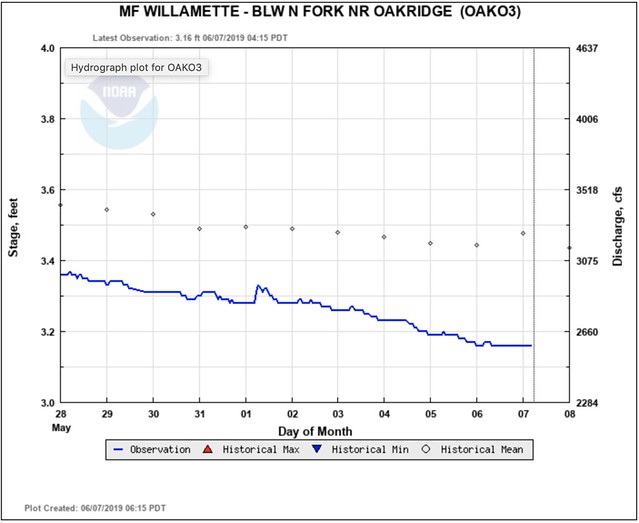 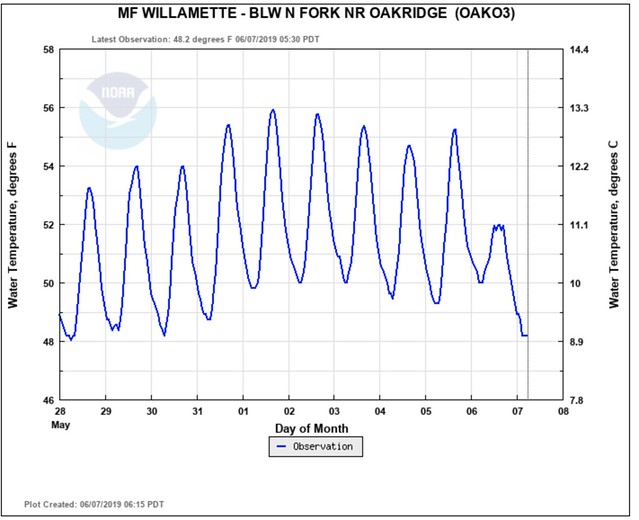 The Middle Fork of the Willamette near Oakridge has taken the biggest beating in terms of spring flood damage.The river has a ton of new trees down in it and channels have shifted considerably. Water clarity has really improved over the past week and water levels are good. The river is not low and still remains a bit challenging for wading but it is coming around. The MFW is hosting similar hatches as the McKenzie and nymphing has been best. Larger stonefly nymphs along with jigged pheasant tails have been working well.

Next weeks heat should intensify hatches and if water levels continue to trend downward fishing will improve in the Willamette Valley.

Have fun out there.