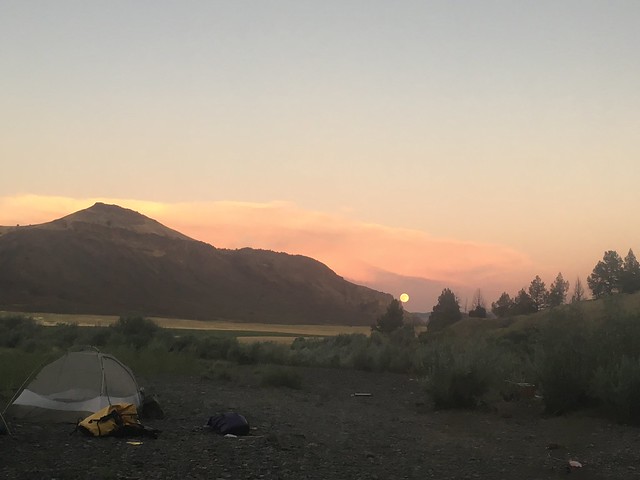 From Oregon Department of Fish and Wildlife

SALEM — The Columbia River around the mouth of the Deschutes River will close to all fishing, including catch-and-release, beginning at 12:01 a.m. on Thursday, Aug. 9 in order to protect summer steelhead that may be utilizing the cooler water provided by this tributary.

At their Aug. 3 meeting, the Oregon Fish and Wildlife Commission directed ODFW staff to amend fishing regulations for the Columbia River near the Deschutes and in the lower Deschutes from the mouth upstream to Moody Rapids. The direction included closing this area to all fishing until river temperatures have stabilized below 68 F. ODFW staff will continue to monitor river temperatures and run sizes throughout the fall to determine when the area can be reopened. This is unlikely to occur prior to late-September.

The closed areas will be:
All waters south of a straight line projecting from the flashing red USCG light #2 upstream to the lower South Channel Range B marker located approximately 3/4-mile upstream of the mouth of the Deschutes;

The lower Deschutes River from the mouth upstream to markers placed on the downstream end of Moody Rapids.
Concerns about the vulnerability of fish to fishing pressure in the mouths of some tributaries of the Columbia River were sparked by the historically low returns of Snake River-bound summer steelhead in 2017. At that time the states of Oregon and Washington adopted unprecedented restrictions to several fisheries to reduce mortality on these fish.
In June 2018, ODFW staff outlined for the Commission a plan to take a comprehensive look at potential thermal sanctuaries throughout the Columbia River. That review process will include a series of public meetings in the fall of 2018 followed by rulemaking in early 2019.

From The Conservation Angler

The Deschutes River plume creates a cold water refugia for wild salmon and steelhead. The fishing closure would remain in force until the Columbia River water temperatures dropped below 68f.
“Very low numbers of several ESA-listed wild salmon and steelhead populations returning to the Columbia and Snake River are facing conditions adverse to their success in reaching their natal rivers.” Said Bill Bakke, Director of Science and Conservation for The Conservation Angler.
“While current regulations require many wild fish to be released unharmed, the lethal and sub-lethal effects of encounters in the fisheries (both indirect and direct) can and does have an impact on their fitness, survival and productivity.” Said David Moskowitz, Executive Director of The Conservation Angler.
“The very low wild summer steelhead run-size and the extreme heat and its effect on water temperatures really make this sanctuary area a critical conservation action for the entire Columbia River above Bonneville Dam.” Said Moskowitz
Upriver Wild steelhead past Bonneville Dam totaled 14,827 fish which is only 28% of the ten-year average. The current 2018 return of wild steelhead is less than 1,000 fish above 2017’s low return which was the second lowest return of wild steelhead since 1999.