Chinook salmon, an iconic species in the Pacific Northwest, have lost up to two-thirds of their genetic diversity over the past 7000 years, researchers report. The finding underscores a long-held concern that future salmon populations are imperiled by a combination of stream habitat loss, overfishing, dams, and the release of millions of fingerlings from hatcheries—even as the fish try to respond to climate change and ocean acidification. 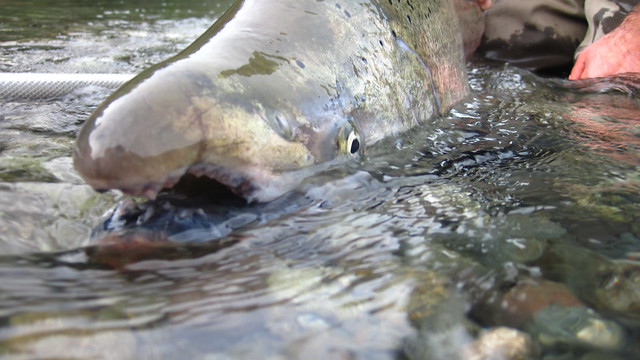 “It’s a fascinating report,” says Matthew Sloat, a fisheries ecologist with the Wild Salmon Center, a nonprofit salmon conservation group in Portland, Oregon. “The main conclusion is not terribly surprising,” he says, but “it does confirm a long-standing guess that there has been a broad loss of genetic diversity in the [Columbia River] Basin.”

Genetic diversity is often key to enabling a species to adapt to changing environmental conditions. In salmon, for example, some individuals or populations might carry genes that make them less susceptible to new diseases or warming seas, enabling the species to survive the loss of other genetic strains.