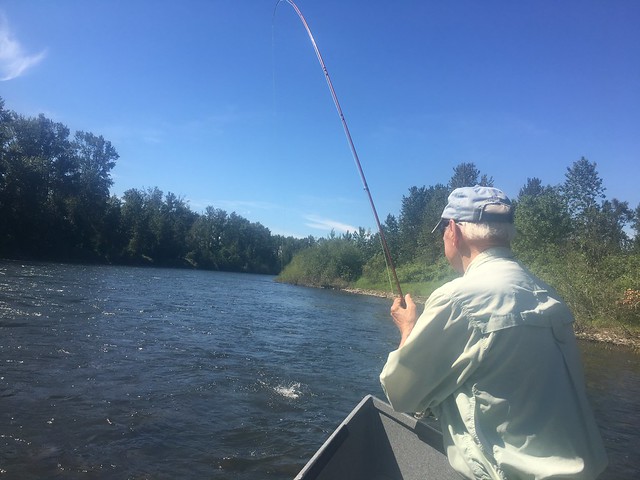 The McKenzie River’s flows have dropped into fine shape. This past week I was able to fish the very lower river, (Hayden Bridge to Armitage State Park) the middle river, (Finn Rock to Ben and Kay Doris) and the upper river, (Frissel Ramp to Hamlin). All three stretches were very productive. Each stretch varied in terms of bug life but each had good numbers of bugs and fish. 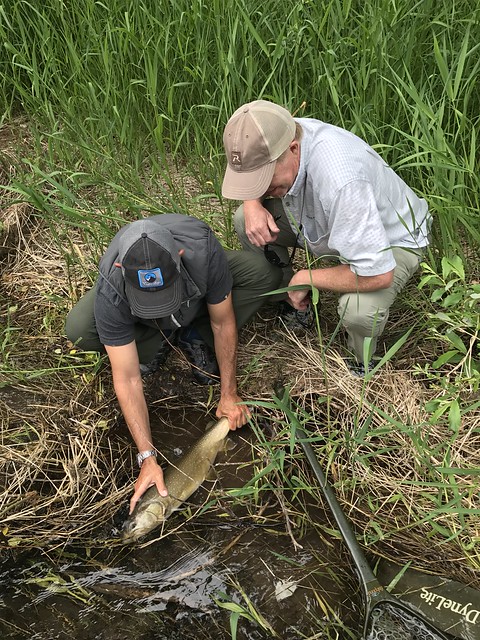 On the lower river we swung wet flies. Small brown caddis, Pale Morning Duns and little yellow stones were the most visible insects. The middle river’s flow had me using a larger dry with a dropper to get down in some of the quicker runs. Most of the fish we caught ate the nymph but we had many fish eat the Chubby Chernobyl on the surface. Golden Stones, Little Yellow Stones, Brown and Green Caddis and Green Drakes were all present on the middle river. The “way upper” river is still really moving and lacked hatches until things warmed a bit mid morning. Caddis and Golden Stones began around noon and late afternoon “Grey” and Green Drakes were present and fish really looked up. Saturday we were lucky to hook and land a rare Bull Trout. This time of year you can see one of these beauties attack a hooked fish but to catch one on a dead drift is virtually unheard of. It was really great to see. Hopefully the Bull Trout of the McKenzie are having a better year than the Salmon and Steelhead!