The murmurs of excited anglers mingled with the crackling of the fire in Hideaway Bakery’s portable pizza oven as we kicked off this year’s Two Fly Tournament Friday night. Fishermen noshed on freshly baked pies, made with love and care by Hideaway chefs and the gaggle of kiddos present to celebrate their parents’ passion for fly fishing. It was a great night for all.

After dinner Caddis Fly owner, Chris Daughters, gathered everyone together in the shop to introduce us not only to the guides donating their time and the rules of the tournament, but to the foundation we were all there to support–the McKenzie River Trust.

The section supported by this year’s Two Fly was Finn Rock Reach:

Not only a haven for native fish, the Finn Rock Reach is especially important to Eugene anglers because of the Finn Rock River Launch site. This launch provides river access to thousands of rafts and drift boats fishing the McKenzie throughout the year. The money raised at this year’s Two Fly goes to helping restore and preserve this great section of river, and to the expansion of the protected section of land.

The shop was filled with competitive minded camaraderie as tournament rules were set:

– 1 guide per each team of two anglers

*The lengths of each angling team’s three longest native fish would be added together to make that team’s final score. Highest gross length would take home the grand prize.

Guides were selected via slips of paper drawn from one of this season’s newest, grooviest Patagonia hats–this year’s sponsor. As each guide-team pairing was made, the excitement in the room rose as team huddled to strategize fly selection and river sections that might produce the largest native trout.

The next morning, it was time to get out on the river. 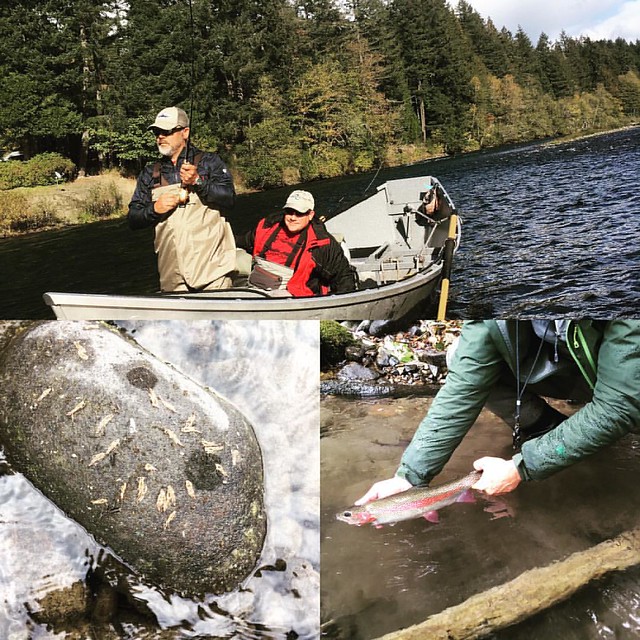 Nine boats competed, launching at sunup and fishing until early evening. The most success was seen in the early afternoon when rain showers speckled each run, but it was an overall beautiful day with many fish to hand. Some teams brought in over 30 fish, a good number reaching up to 17″.  The upper McKenzie fished great with October Caddis and Grey drakes hatching, but the lower McKenzie produced the fish to add up for the winning team. 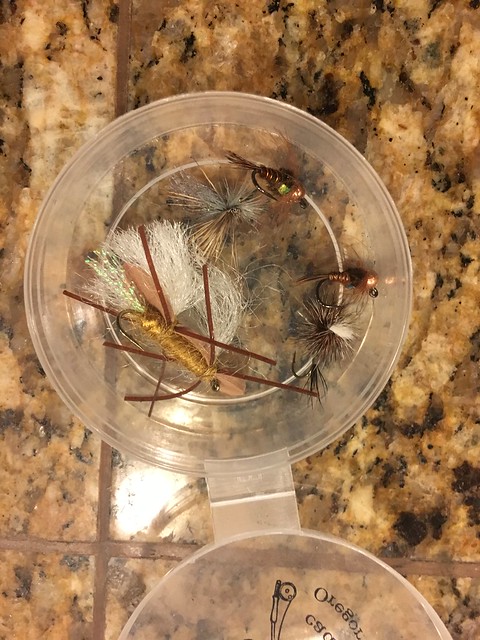 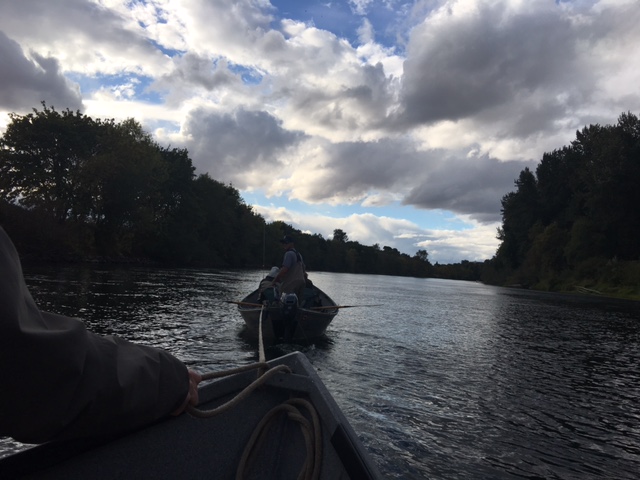 At Ninkasi’s administrative headquarters in Western Eugene Saturday evening, exhausted but happy anglers celebrated their success. They munched tacos and savored ice cold brews over shared photos of their largest natives, mostly glistening rainbows with one surprise Steelhead in the mix. With cheers and grins at the winning gross length of 55 1/8 inches, we celebrated Tom and Jane Holloway for their victorious catch, aided by the expert guiding of Andrew Shipman and some trusty ol’ Prince Nymphs.

It was another wonderful tournament for a wonderful cause. We want to say a big thank you to Ninkasi and Patagonia for their generous donation of time and dollars to the McKenzie River Trust. Another huge thanks goes to our guides who donated their time and enthusiasm on Friday night and all day Saturday. This event would not be what it is without them, more able than any to showcase the phenomenal fishery we have in the McKenzie River.

*not present in this photo, but necessary to recognize, the awesome Matt O’Neil

Having now completed its 9th year, the Two Fly Tournament is a tradition the Caddis Fly Angling Shop and McKenzie River Trust hope to continue for many more years to come. Thank you to all of our participants and contributors who helped raise over $8,800 for the protection and restoration of the McKenzie River. What a better (or more fun!) way to help keep anglers out on our home waters, and the fish healthy and happy within them.

This entry was posted in Fly Fishing Contests, McKenzie River. Bookmark the permalink.