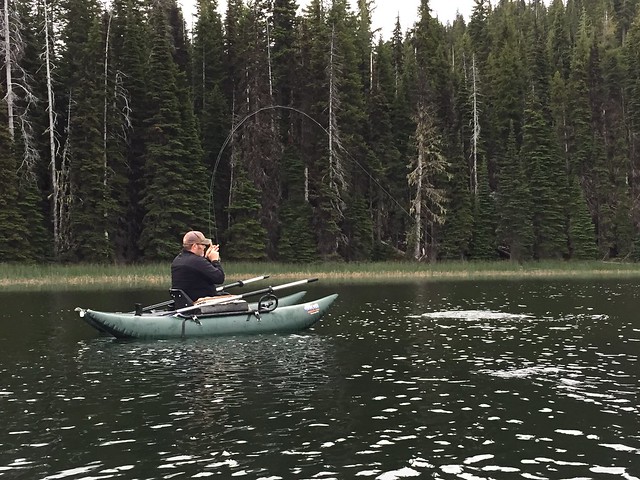 Americans are notorious for not using their hard earned paid time off. That fact is rather sad and is indicative of a culture that at times has its priorities out of whack. When I logged into my employee account, I noticed that I was quickly approaching the ceiling of my accrued PTO. That meant only one thing, it’s Hosmer time. I packed up the trailer and my family and headed east last Thursday for a 4 day Hosmer get away.

But first, I must rant a little. My attitude towards Hosmer has become rather Jekyll and Hyde of late. I’ve been fishing Hosmer for several years and my fishing buddy, Rick Bocko, who would join me on Friday, has been fishing it much longer. Hosmer has changed. So many kayaks, paddle boards, pontoons and worst of all, an increasing presence of drift boats. Drift boats? On Hosmer? Hmmm…. Shall I prep my jet sled? I even had a bit of cognitive dissonance as I wrote this article. Do I expose to even more people to the beauty of Hosmer that would perhaps draw in even more people?

I guess the answer to that last question is, yes.

This trip was highlighted by a myriad of lows and highs. Even before leaving Eugene, we had a massive water leak in the trailer. The weather became somewhat schizophrenic at about Cultus with an inch or two of snow on the ground. While normally not a big deal, hauling a trailer in snow made it a big deal. 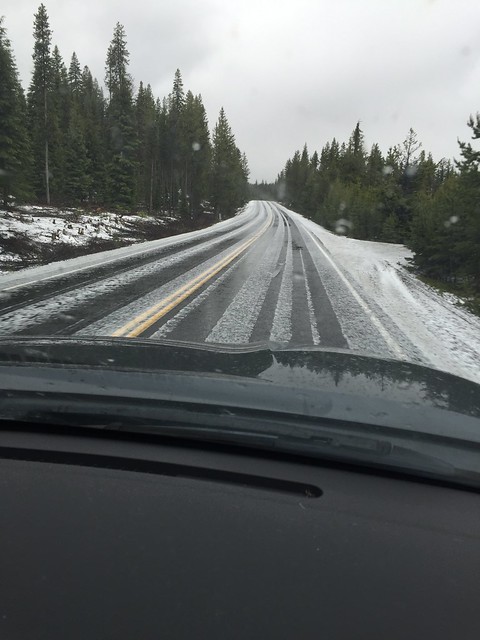 Once “camp” was set up, I quickly grabbed a rod with my new Scientific Angler Stillwater line (great stuff) and hit the water. I fished the channel with not much luck, then headed to south lake.

Just at the entrance of south lake a tan caddis hatch started to emerge onto glass smooth water with a late evening intermittent light summer rain. Remember, it had just snowed not more than an hour prior. I sat in my pontoon awaiting to see how Hosmer’s new stocking program would react to these small tan caddis just sitting on the surface. One by one, small swirls started to appear with the occasional, “what the heck was that?”. Dry fly action was on. But dammit, in my haste to get on the water, I forgot to grab my dry fly set-up. Panicking, I threw a Lafontaine caddis emerger onto my clear sinking line and just hoped it would float long enough for a trout to be interested. Well, the trout were interested. Let me rephrase that, the pigs were interested.

Hosmer is on year two of a new stocking program that is eliminating Atlantic salmon in favor of rainbows and cutthroats. Let me just say, the rainbows are absolutely sick. They are plentiful, very hardy and at times they are huge. This last assertion is best seen in exhibits A and B below. 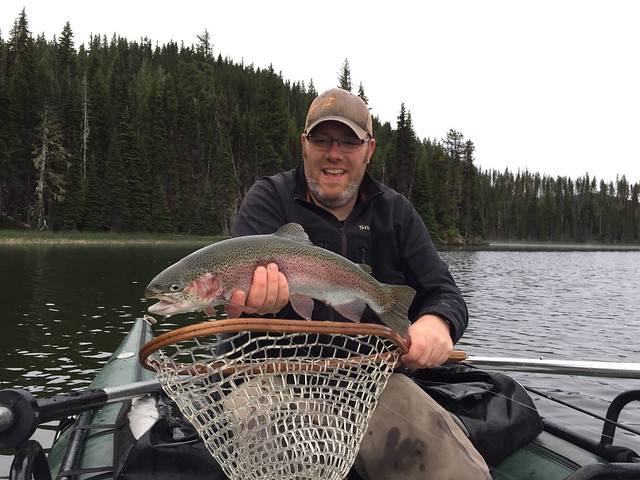 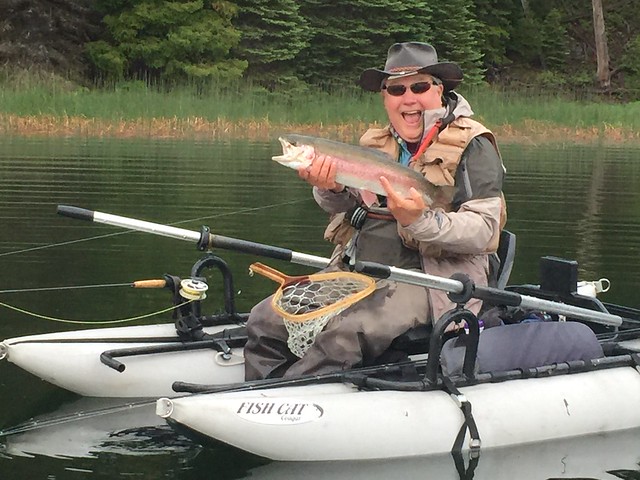 On Friday, Rick joined me and we spent 13 and 11 hours sitting in our pontoons, respectively. The weather at times was horrid with torrential down pours. Another low of the trip was me forgetting my rain jacket. A little hypothermia is good for the soul, right? Rick caught a dozen including a very large (20+in) trout on a dry caddis along with several 17-18 inchers. I hooked up times ten including a 17 inch brookie and several good size bows and a couple small cuts. A word about cutthroats to ODFW. Just be gone with them. A 20 inch cut at Hosmer fights like a 12 inch bow. The flies that reigned the day were hula damsel, tan x-caddis and green scud.

On Saturday and with much improved weather and a gorgeous full moon (tested out my new lens), I parked for the now predictable caddis hatch on south lake and hooked into a very fat, 20 inch bow while explaining to another fisherman the particulars of these trout. I remember muttering to my audience while being dragged around the lake that I needed a bigger boat (but not a drift boat). Yes, I actually said and have since regretted that comment. 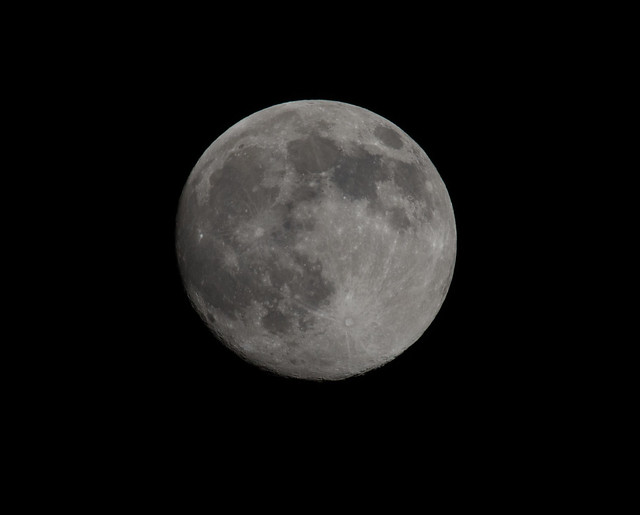 Of the 30ish fish Rick and I caught, we landed only one Atlantic salmon and a couple brookies, a definite sign of a waning era. While he and I are definitely missing the old stocking program, who in their right mind can argue with the new dawn of the bow and for that I thank ODFW. 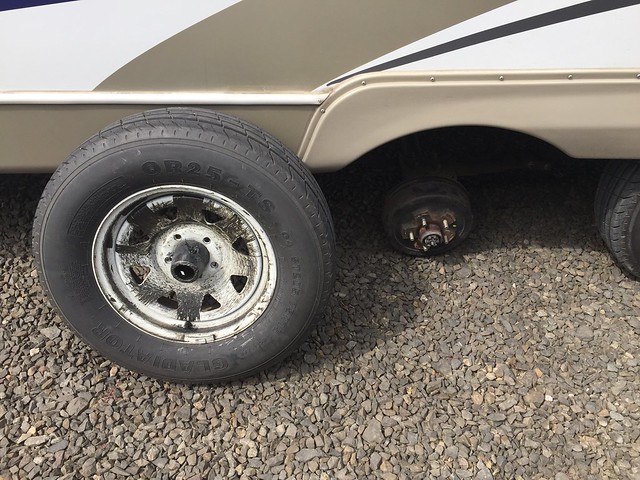 And oh yeah…another low was when I blew a bearing on my trailer 10 miles after leaving Hosmer, couldn’t get a tow and had to hobble back to Eugene with only three wheels on Father’s day.