Thanks very much to Sam Parker for sharing his report on the Middle Fork of the Willamette River. 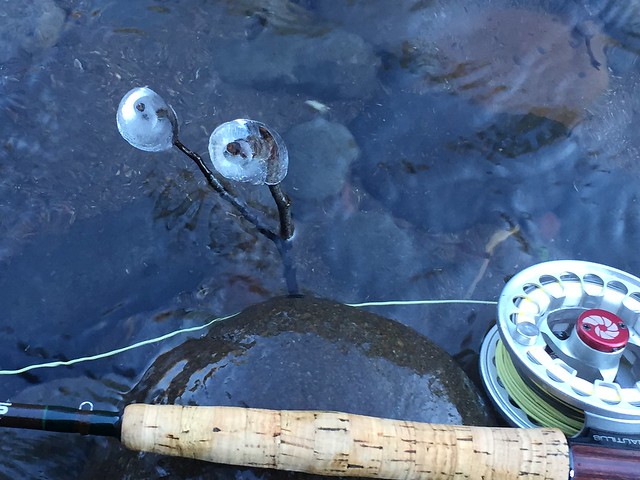 My daily commute to work of late has been laced with a bit of depression as I glimpsed the Willy Wonkish river flows we’ve all been experiencing on the upper Willamette and McKenzie Rivers. The amount of December rain has been staggering to say the least. While many of our fishing brethren have been distracted by chrome, Rick Bocko and myself continue to pine over winter trout fishing.

Unbeknown to each other, Rick and I were very closely monitoring the Middle Fork of the Willamette this last week with the very same intention. You see, there is an unnamed dam that will often punch through 5K cfs to the Middle Fork which will force lakers, often very large lakers, to their new, turbulent and probably unwelcome home. A couple years ago in the dead of winter, Rick pulled a 20 inch laker under those same conditions. How old memories drive current desires. 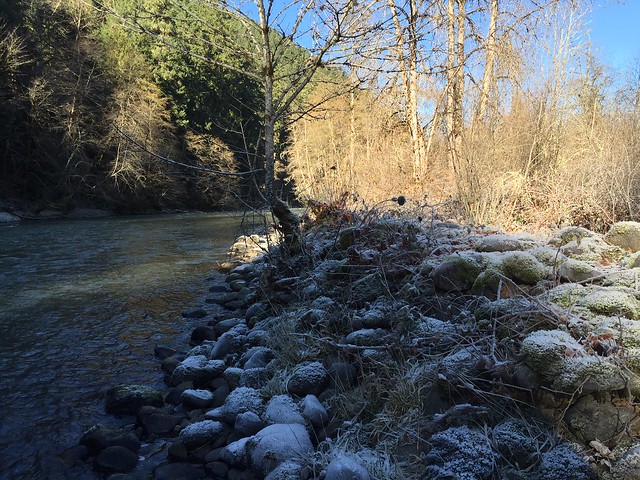 About mid week, I texted Rick to plant the Middle Fork seed as river flows suddenly dropped to 2k cfs. We both set our sites on Saturday as the day we dust off the thermals and rig up our bobber gear. Side note: the new screw down bobber thingy worked wonderfully…buy it, buy it now!

Saturday couldn’t come quickly enough as now the river flow was down to 700 cfs. This spot fishes well between 400 and 1000. Anything over 1000 pushes you to the river’s edge unless you have a death wish. We arrived stream side and proceeded to pour our bloated Holiday bodies into our crusty waders and boots. I literally had to stop breathing just to tie my laces. Rick quickly posted up with his orange bead headed Gusbugger, a streamer-like fly tied from his dead Samoyed dog, Gus. Gus has become a storied fly. It has been absolutely deadly when fished in every river that Rick has fished. Nothing else working? Where the hell is Gus? 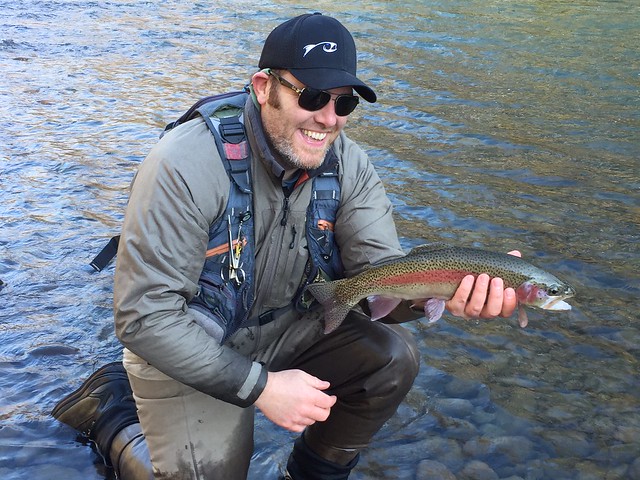 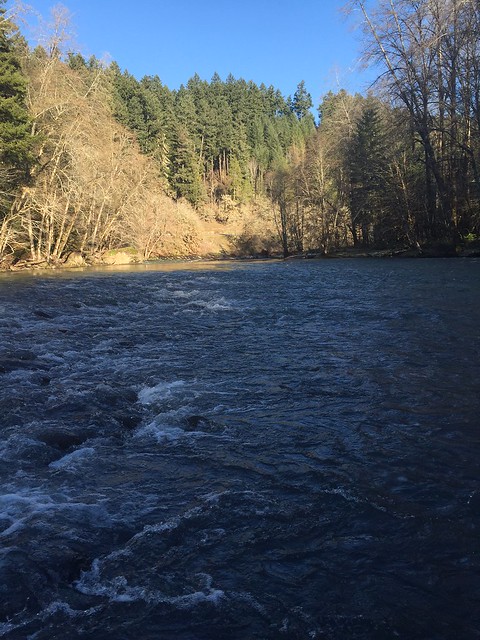 Within 5 minutes, Gus caught his first of many on the day. I walked up river with my more traditional fly rig consisting of Mega Prince and a size 20 black Zebra midge. On a nice slow run, I hooked into my first trout, a 14 inch laker. Rick eventually headed up stream after having 3 under his belt to see me land a 16 inch native on the Zebra. This was a very nice start to a very cold day. Other than keeping frostbite from invading our fingertips, frozen guides and reels were the only challenges of the day.

I decided to head down river beyond a bridge and just upstream of an unnamed tributary. Still fishing Mega and Zebra, I landed 4 more in about an hour. Not bad for winter, I suppose. Eventually, Rick was making his way down stream from the other side of the river, a route certainly less traveled. I screamed at him a sentence that was eventually reduced to, “How many!!??” 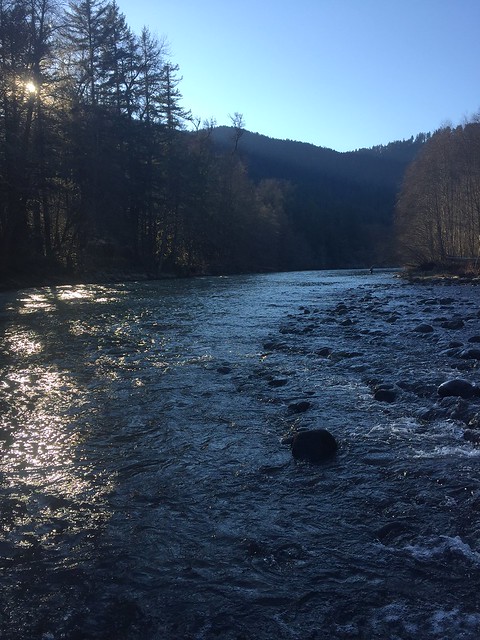 I cut my rig and grabbed the only Gusbugger in my possession. While tying it on, my near numb fingers performed some weird spastic twitch and Gus was now sitting in fast, elbow deep water. With my now soaked right arm, I almost immediately hooked the first of the remainder of my 20 fish day including a 19-1/2 inch native bow…the biggest I’ve caught on the Middle Fork, ever. Rick nailed 25 mostly using Gus, but also some kokonee eggs left over from the Metolius run at bulls almost 2 months ago.

On our way home, we were absolutely reinvigorated. Despite the cold temps the fishing was unbelievably hot. Today was proof positive that Oregon is the place to be for 4 season fishing. Get out there, get cold, get invigorated. 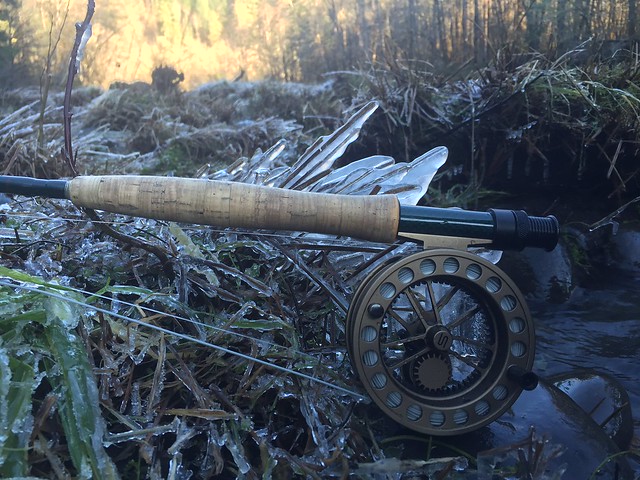