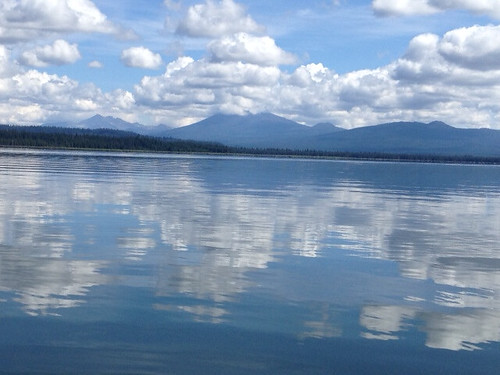 It was one of those great Cascade moments on Crane this week.  Crane was flat and the reflection on the lake made it seem like a Monet painting.   Ok, enough of spirituality and painters….it was a great day for fishing.  We knew we were pressing our  luck after a great outing on East Lake, but on this day, we should have purchased lottery tickets.  We had a winning day on Crane. 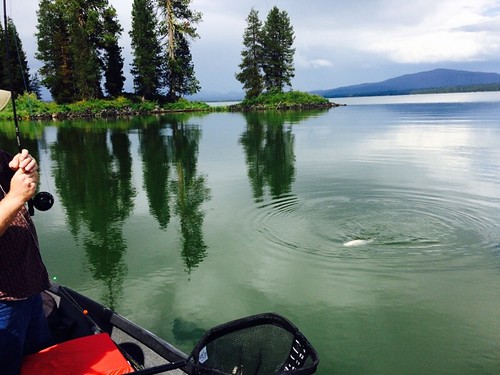 Ken hit the score board first with a Carey Special and a Sci Angler Stillwater intermediate sinking line.  BTW, blue wing damsels were all over the place! 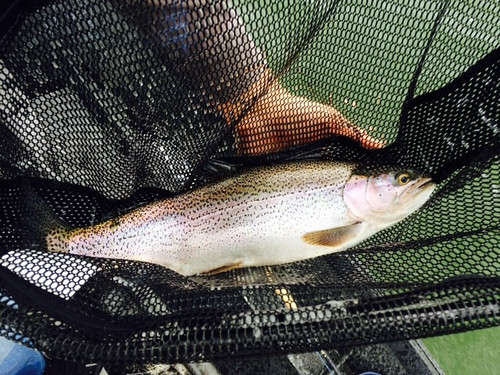 I was using a Thin Mint with the new Rio Intouch Hover line.   It was an interesting contrast as we had two lines deep and one near the surface.  All lines produced, which made us think we just hit the right column in the water to find the fish. 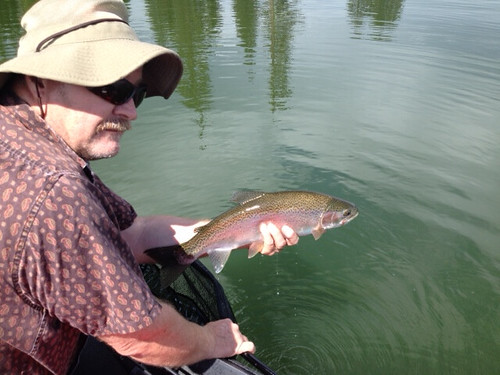 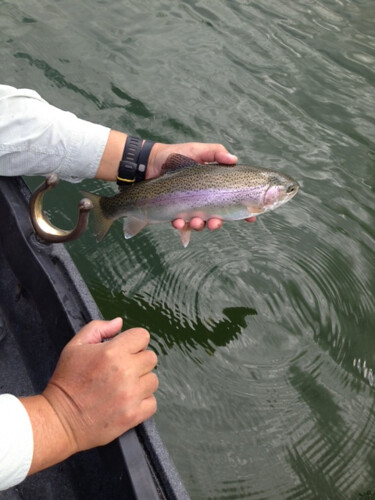 Our fishing was best in the afternoon.  We used a slow troll technique which proved to be quite productive.  We again, had to seek shelter, while a “shower” passed.  Seemed like the bite was a bit slower after the shower, but we really didn’t care.    Mother nature gave us a show with the “showers” and good fishing.    Lake fishing should continue to produce on Crane as the fish are back in the channels.   Get out there! 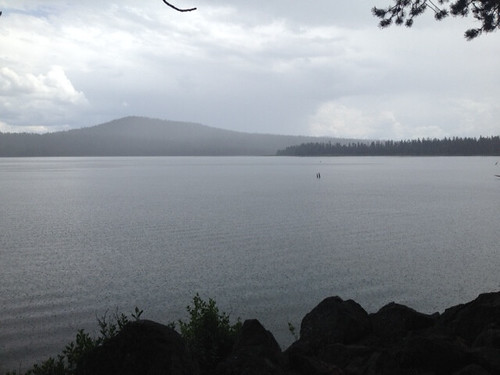