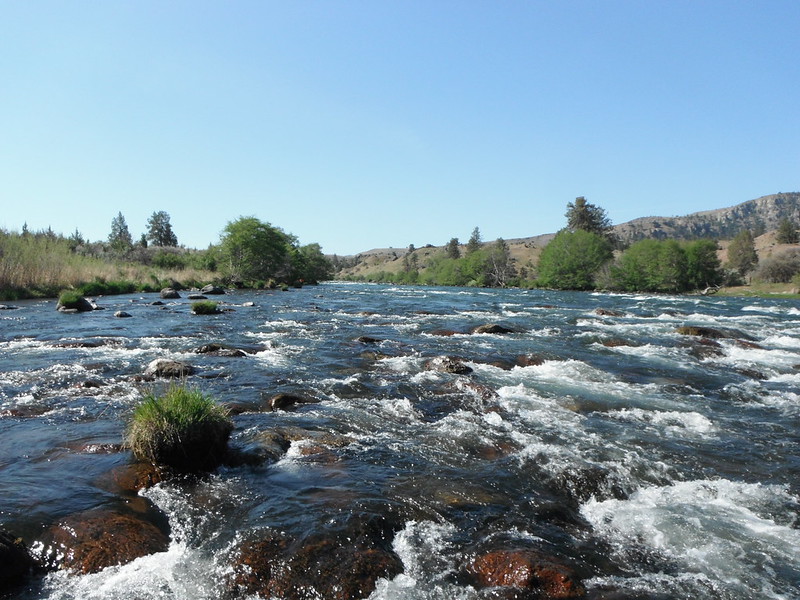 Headed down the Deschutes last week for a four day trip.   The Deschutes flow gauge at Madras was 3750 cfs when we launched.  Seemed a bit low from my experiences on the D.  But hey, we had not fished the D early in the season for a least a decade or more.  With it being spring, and the stories about stoneflies coming out early due to “the tower”, we decided to check it out for ourselves. 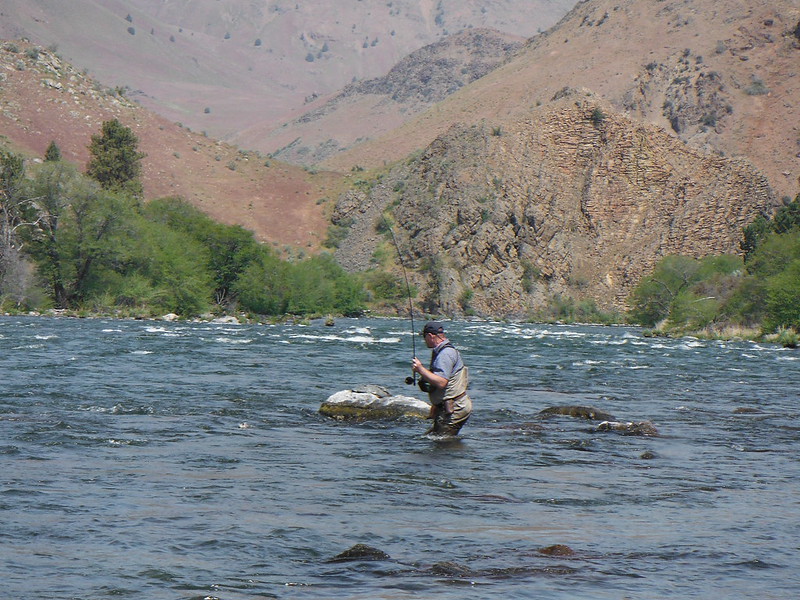 Did I mention the flow rate was low?  Here is a pic of Ken C. out in a place where we normally do not wade!  It became very obvious low water meant we could wade to places we have not seen for some period of time.  We saw a number of sections where a strong angler could  wade across the entire river.

Deschutes boaters should bring  their “A game” while running Whitehorse.  The rapid is very low at these levels and the infamous entrance or key,  the two waves at top, should be scouted.   On Saturday, we cut our fishing short as we saw boat debris float past.  No one seriously injured and no pics to “dog pile” on a tough day for a group of anglers.   Mark Angel showed up on Sunday and removed the boat. 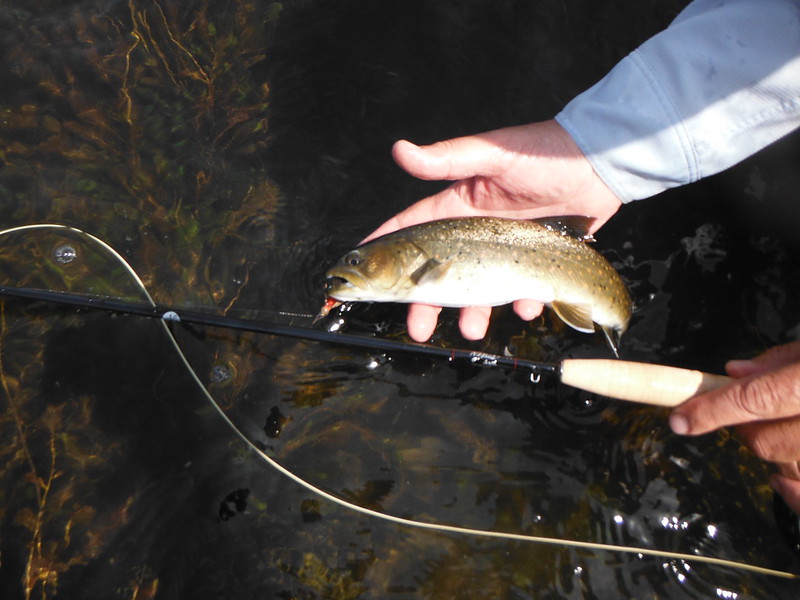 The fishing overall?  Good!  Above is a small Bull Trout caught on my Nexus 6 weight.  It fell prey to a dry stone.   Easily excited, I figured, hey, they are going to get going on the surface!   I was greatly disappointed. 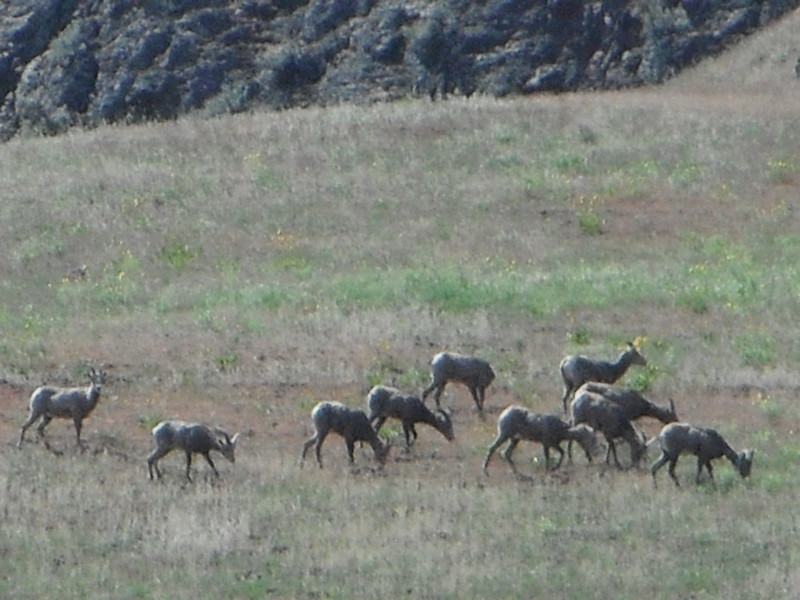 There is not much better scenery than wildlife in the canyon.  The bighorns were out, they seemed to have adapted quite well.  We had three sightings on the trip. Our last sighting was near Nena. 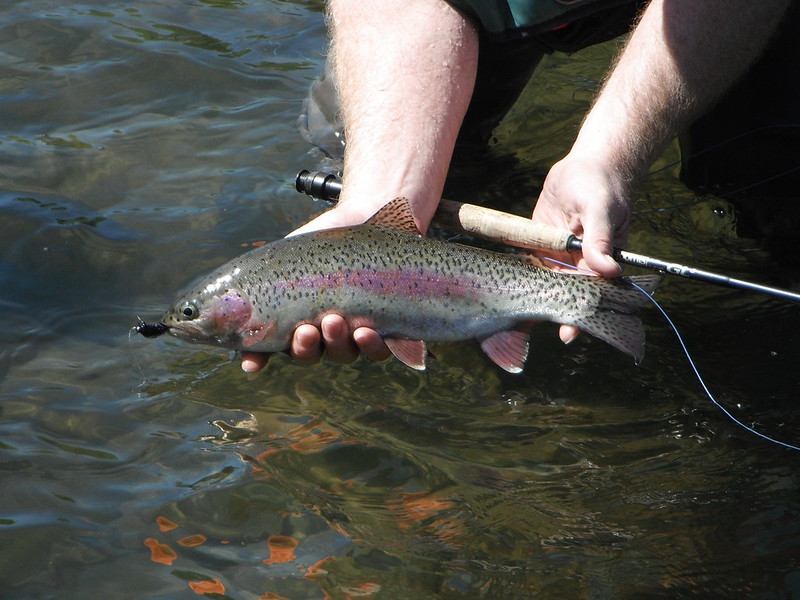 While I was creating surface foam and catching zip with a dry fly….Ken C. was using his “bomber” technique and crushing the Redsides below the surface. 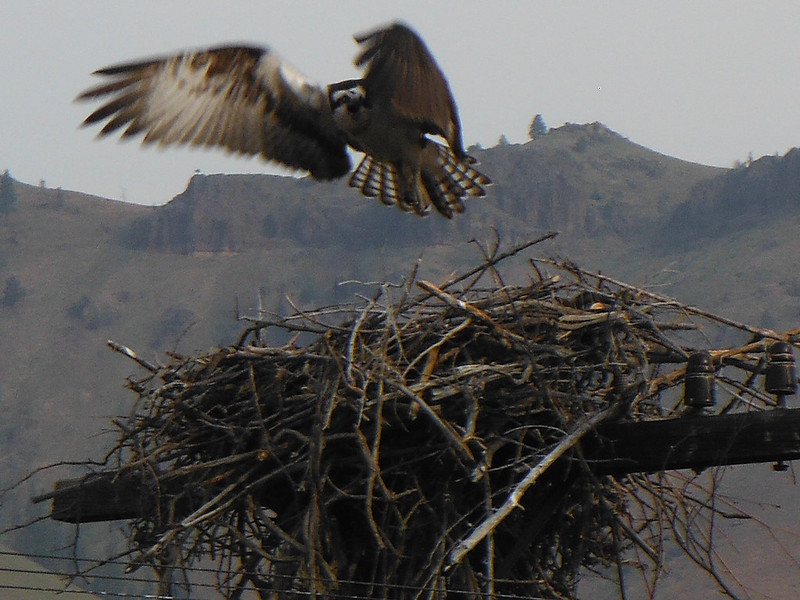 “Oh, look…. an Osprey!”   Repeat this phrase,  50 times, and you will come close to how many of these mighty feathered anglers we saw….the reason….SMOLTS!  Unaware to us,  our beloved ODFW had released the steelhead smolts…the good news…its gonna be a hell of steelhead season down the road…..the bad…Osprey are feasting! 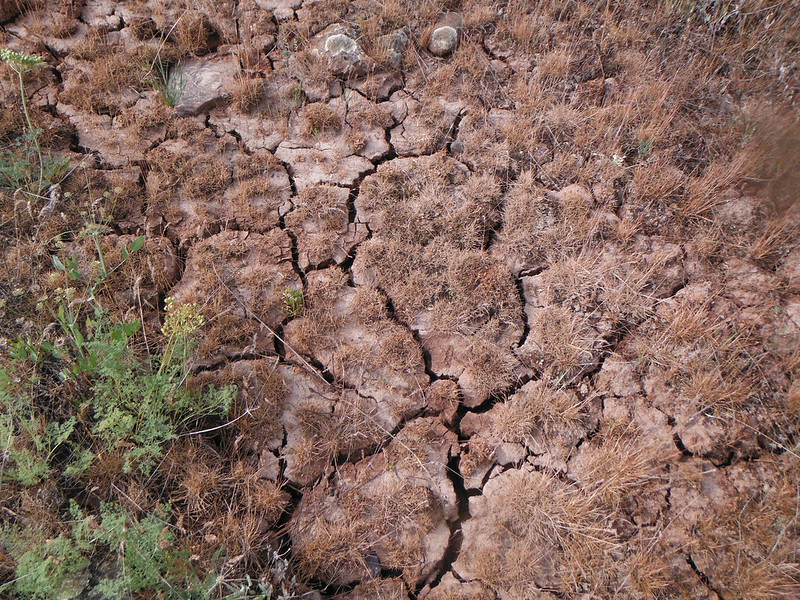 The signs of spring were abundant…wild flowers blooming etc…however…the signs of a dry winter were ever more present.
I think we will see lower flows, and we all had better be sure we just use good angling and boater sense while we enjoy one of Oregon’s finest blue ribbon streams.

Check later this week for another post on…. “flies that worked”  on our trip.