O&C and Klamath Bills Pass Out of Committee 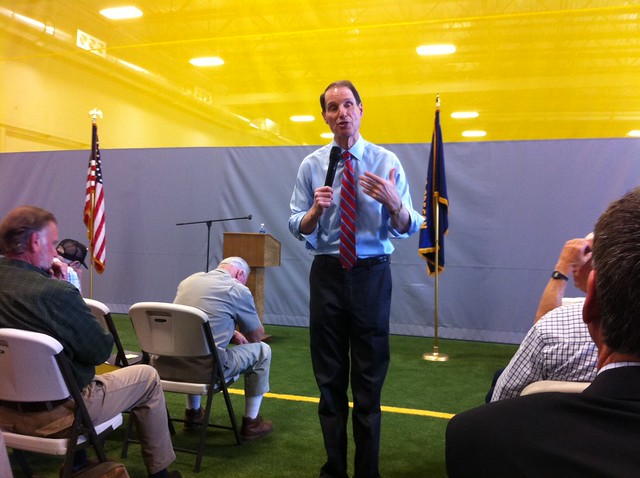 This past Thursday, November 13th, Senator Ron Wyden passed two key pieces of legislation through the Senate Environment and Natural Resources Committee that will have major impacts for the management of natural resources in Oregon.

The Klamath Basin Water Recovery and Economic Restoration Act passed out of committee and “will implement key elements of three landmark agreements between tribes, farmers and ranchers, fisheries advocates, federal and state resource agencies, and the utility company PacifiCorp that resolve water sharing and management issues in the Klamath River basin,” according to a Trout Unlimited press release on the bill.

Also passed out of committee on Thursday was Wyden’s O&C Lands Act amendment, which sets the direction for logging on publicly owned BLM lands. The bill contains protections for many of Oregon’s iconic fisheries through “Conservation Emphasis Areas”, while allowing for increased harvest of timber and revenue for rural Oregon counties through “Forestry Emphasis Areas.” Maps of the proposed designations are available on the Senator’s website here.

If passed, Wyden’s bill will roughly double the amount of timber harvested from BLM-owned O&C lands, while placing old-growth forests off-limits to logging and protecting rivers by requiring the same riparian buffers used in the Northwest Forest Plan. The bill would also designate 87,000 acres of public lands as wilderness and add 252 miles of rivers to the Wild and Scenic Rivers system.

The O&C debate has received much attention in local and statewide media over the past week. North Umpqua legend, Frank Moore, weighed in on the O&C debate with an op-ed in Friday’s Oregonian. The Register Guard also offered up some perspective in an editorial in Saturday’s paper, and the Statesman Journal weighed in with an editorial yesterday.

We at OregonFlyFishingBlog.com strongly support both of Wyden’s legislative acts. Protecting and managing our O&C Lands is vital to maintaining clean water, fish habitat, recreational opportunity and economic viability to numerous communities around the state.

Wyden’s O&C Lands Act amendment supports logging interests as well and recreational interests. It lays out a plan that will increase riparian zone buffers that are so critical in maintaining quality fish habitat and it doubles timber harvest on BLM owned O&C lands, this is a win, win for Oregon.

I urge you to comment in support of Wyden’s O&C Lands Act.