Sekiu 2014 — Julian just bought a new Striper SeaSwirl, a 24-foot monster with twin 115 Yamaha outboards. We trailered the huge boat for the first time across the wilds of Greater Seattle rush hour traffic and the rugged topography of the Olympic Peninsula.

We pulled into town at 11pm, dead low tide. Nowhere to put the boat in the water at this low level, at this dark hour. The town seemed deadly quiet. The gas station had a sign in the door, “Closed until the fuel truck arrives.”

The moon on the horizon was beet red, not even blood red – something brighter, arterial — hanging there huge, and half lit. Creepy. White gulls wheeled and whined off the docks where the remains of the day’s fish bobbed in the swell. The flags barely rustled. Dead calm.

That was the last time I’d see the sky for a couple days. By 5am the fog had rolled in so thick you couldn’t see your hand in front of your face. By some miracle of fate, Julian had not only bought a boat with real electronics, but he’d managed to learn how to use them. It was the only way we could have fished at all. All day long the Coast Guard talked to people on the radio, smashed up on rocks or another group that had lost a scuba diver in the soup.

Nonetheless, we persevered and caught lots of salmon, drank lots of whiskey and even a few rockfish. A few days they were really up on top, smacking the bucktails. Other days the were caught by less elegant methods. The sun broke through here and there. Salmon Slam forever! 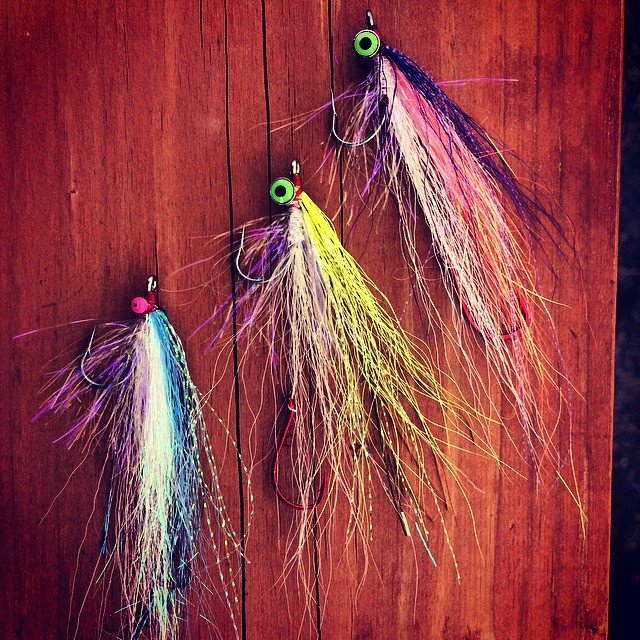 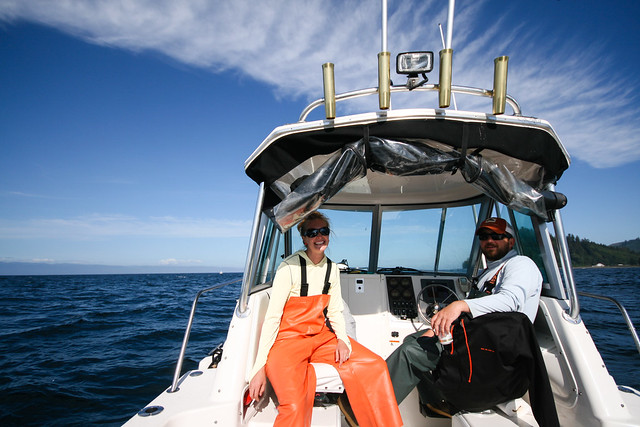 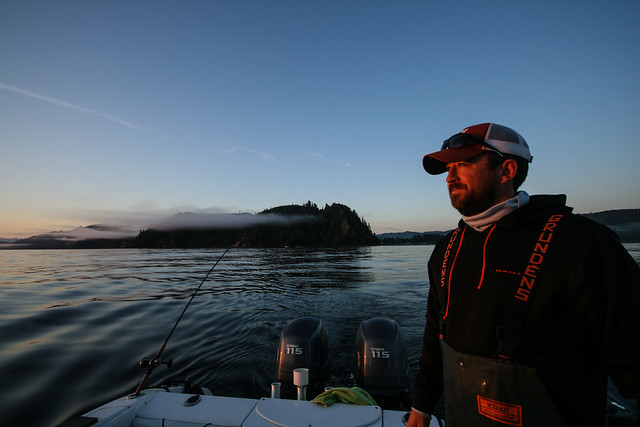 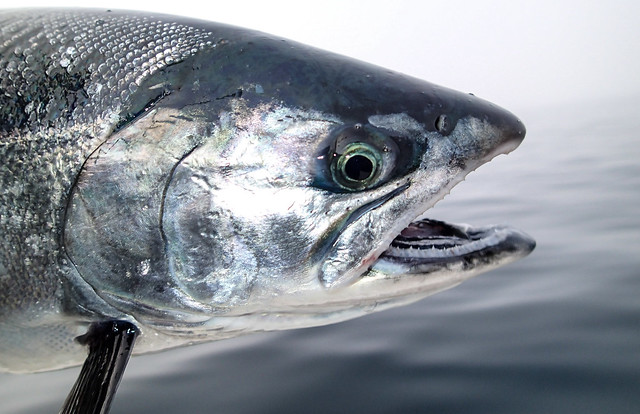 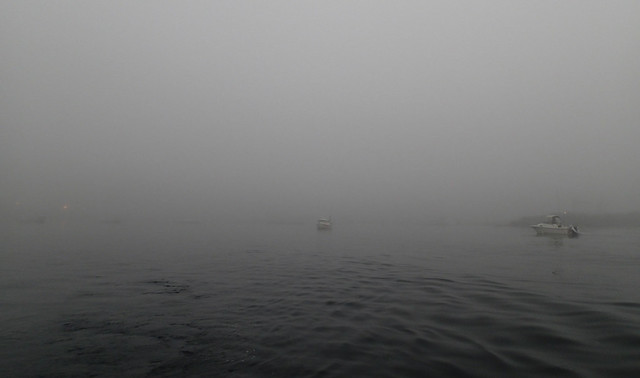 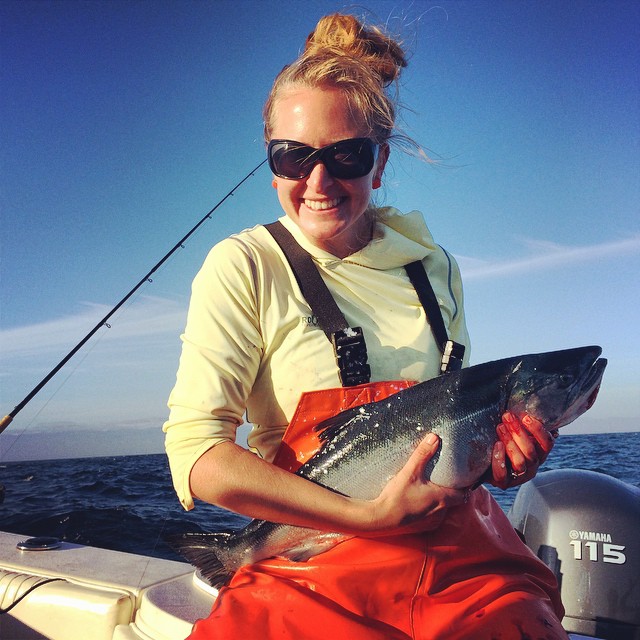 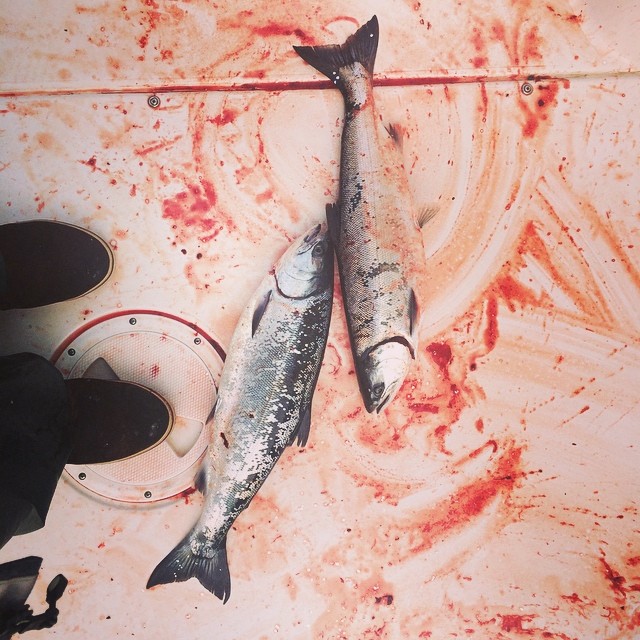 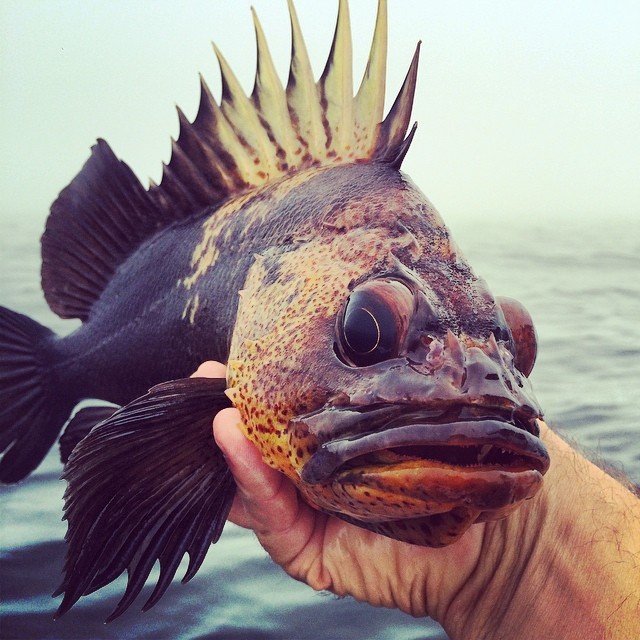 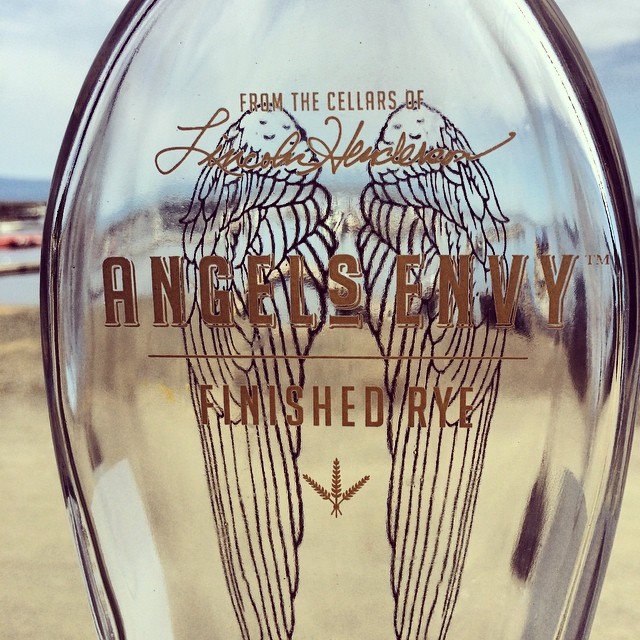 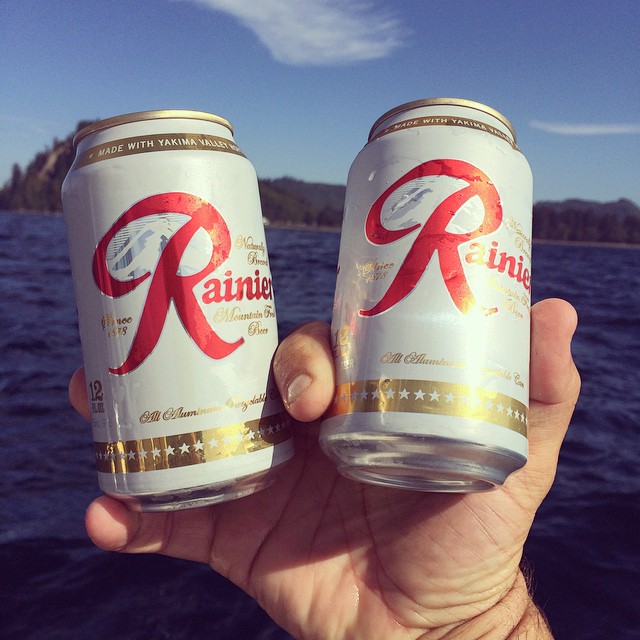 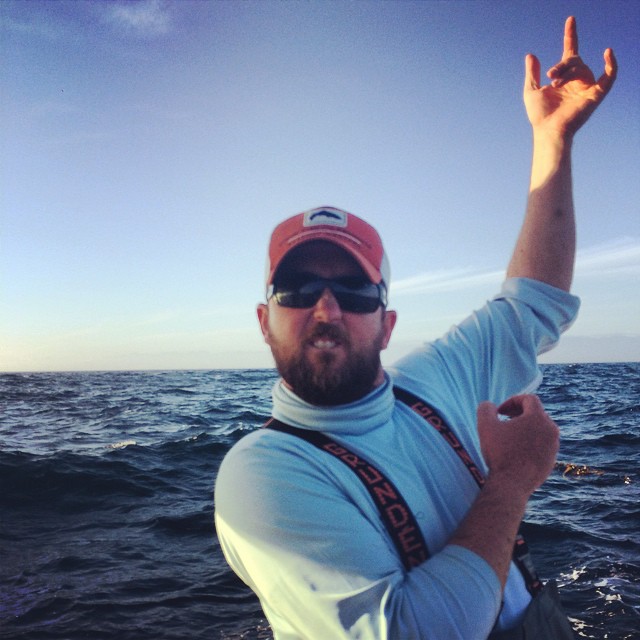