Dear Oregon Department of Fish and Wildlife and Jeff Ziller:

I am writing today to thank you very much for your participation in the McKenzie River Trout Study. Your efforts along with volunteer anglers have improved a section of river immensely in just four seasons. The McKenzie River from Hendricks Park to Belinger Boat landing has been the site of the study. Four years ago that section of river was a sliver of what it is today. Fish populations and fish size have improved mightily!

Thanks Very Much ODFW and Jeff Ziller! 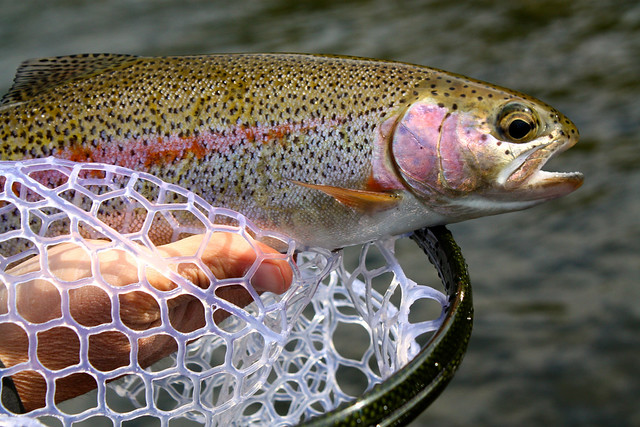 What caused this improvement in fishing and fish population in the section of river? Two key management policies that were implemented by our local biologist Jeff Ziller. The removal of stocked trout in the section and the elimination of bait fishing. How do we know the management has been successful? There is a breadth of evidence on the McKenzie River Trout Study website and I have seen the 2013 data (soon to be released). The data is convincing and the angling in this section is now some of the best on the lower McKenzie.

Here is a preliminary statement from Dave Thomas one of the key data analysts on the population study.

Recalling that there haven’t been any previous longitudinal studies of wild trout population numbers in response to removal of hatchery trout competitors; at least we can’t find anything like this in the published literature. So given that caveat, I was pleased and a little surprised and pleased that our estimates of the population in the study section showed a >50% increase in 4 years. Generally, population estimates in moving waters are pretty imprecise but an increase of this size, and particularly where the increases were persistent over 4 years is unlikely to be caused by sampling error. The next question is what does this mean for anglers? We’ve looked at this very closely and found that the catch per trip or per hour of angling on the study section has about doubled (e.g. increased a 100%). If there are a lot more fish in the water this is what you might expect, but it’s gratifying to see that the fishing can improve this quickly. Finally, we asked the question of whether this “improvement of conditions” could be explained by the angling participants just getting better at extracting wild trout from the river rather than their being more trout to catch? To answer this question we segmented the results of anglers with substantial experience in fishing the study section and those with less. The results were that both groups showed increased productivity across the years, so we conclude that the study results can not be explained by increasing skill levels of the participating anglers. 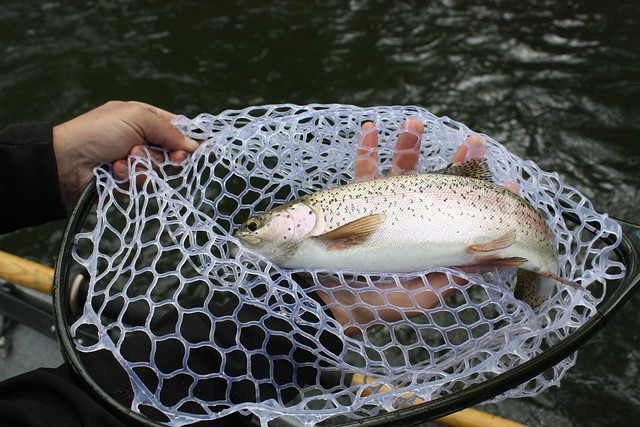 More thanks go to Jeff and ODFW for new stocking protocol on The Middle Fork of the Willamette River above Hills Creek for the 2014 season. This year the MFW above Hills Creek will not be stocked. Instead hatchery fish will be stocked in Hills Creek Reservoir. Moving these fish to more accessible water for more anglers is a great move in my opinion. Additionally fishing will be restricted to flies and lures in the Middle Fork above Hills Creek. If you are in favor of the policies mentioned above it never hurts to let our local ODFW office know they are moving in the right direction. 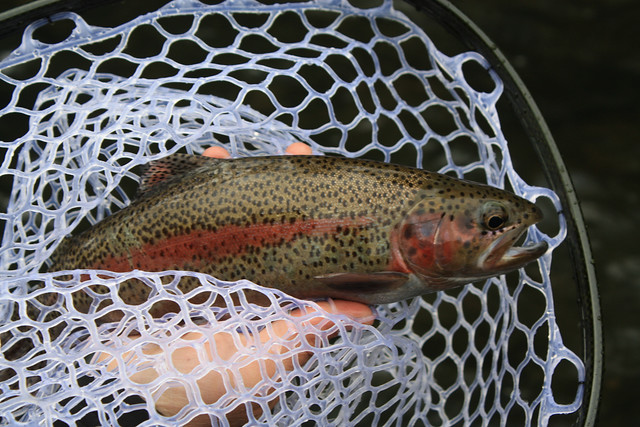