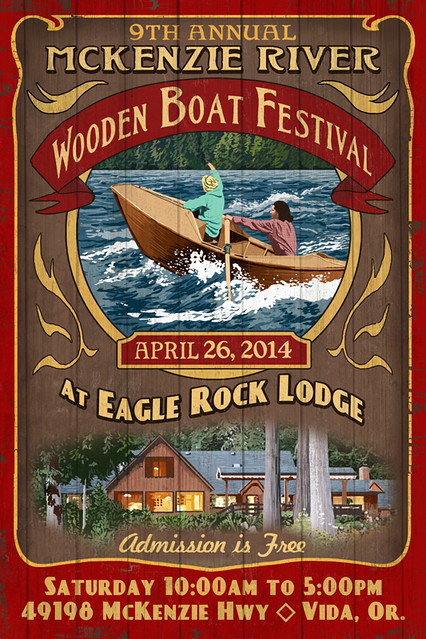 Celebrating the history, the form and the function of the wooden white water boat that was invented here on McKenzie River.

Come join the McKenzie River Community at the 9th annual McKenzie River Wooden Boat Festival. The festival is a one-day event on the lawns of Eagle Rock Lodge at 49198 McKenzie Hwy, Vida, OR. It is open to the public from 10:00am to 5:00pm admission is free. There will be a concession lunch available from the McKenzie River Guides Association with the proceeds going to support their lifejacket loan program which makes a pfd available on loan for the day at various locations along the McKenzie River.

This annual boat show hosts forty to fifty wooden boats each year which some from as far away as Spokane, Washington and Wilson Wyoming. Three boats are of special interest this year. The Trapper, a boat originally built for Prince Helfrich by Woodie Hindman in 1939 has been refurbished for museum exhibition. The Northwest School for Wooden Boat Building has built a reproduction of the original Veltie Pruitt lightweight board and batten boat. Veltie Pruitt and Prince Helfrich used this style of boat as the first boats to run rapids on several Northwest Rivers and for their many films made from 1931 to 1939. Also new this year, and just off of the Colorado River, is a historic reproduction of the Flavell II, which was a precursor to the Colorado River Dories designed here in Oregon. 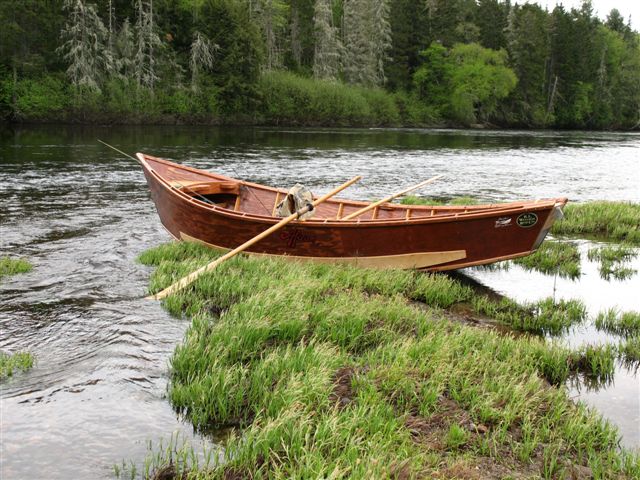 If you are a wooden boat river runner you might want to join some of the boaters as they gather at the Finn Rock boat landing to take the short float down the river to Eagle Rock Lodge. The flotilla plans to launch as close to 9:00am as possible, and arrive at the show grounds just after 10:00.

Join us for an afternoon of Oregon’s history that you won’t forget.