Well folks, the weekend is almost here! Enjoy some hot links to get you through your workday.

Don’t cry for me, Captain Ken in Argentina
Our buddy Capt Ken Jones just got back from a great week fishing for trout in Patagonia: This is the biggest trout our guide has ever witnessed on the Rio Grande and he swiftly grabs the giant landing net in preparation of landing this beast. Carefully and slowly, but with maximum pressure, I inch the massive trout closer and closer. Now, only the leader is out past the rod tip, but the fish is 4-5 feet straight down where we cannot see it and directly under the boat. What happened next is tragic and disheartening, but I must have put too much pressure on the fish when trying to lift its head up so that Leo could get the net under it and I pulled the hook from the gaping jaws of this seemingly prehistoric trout. 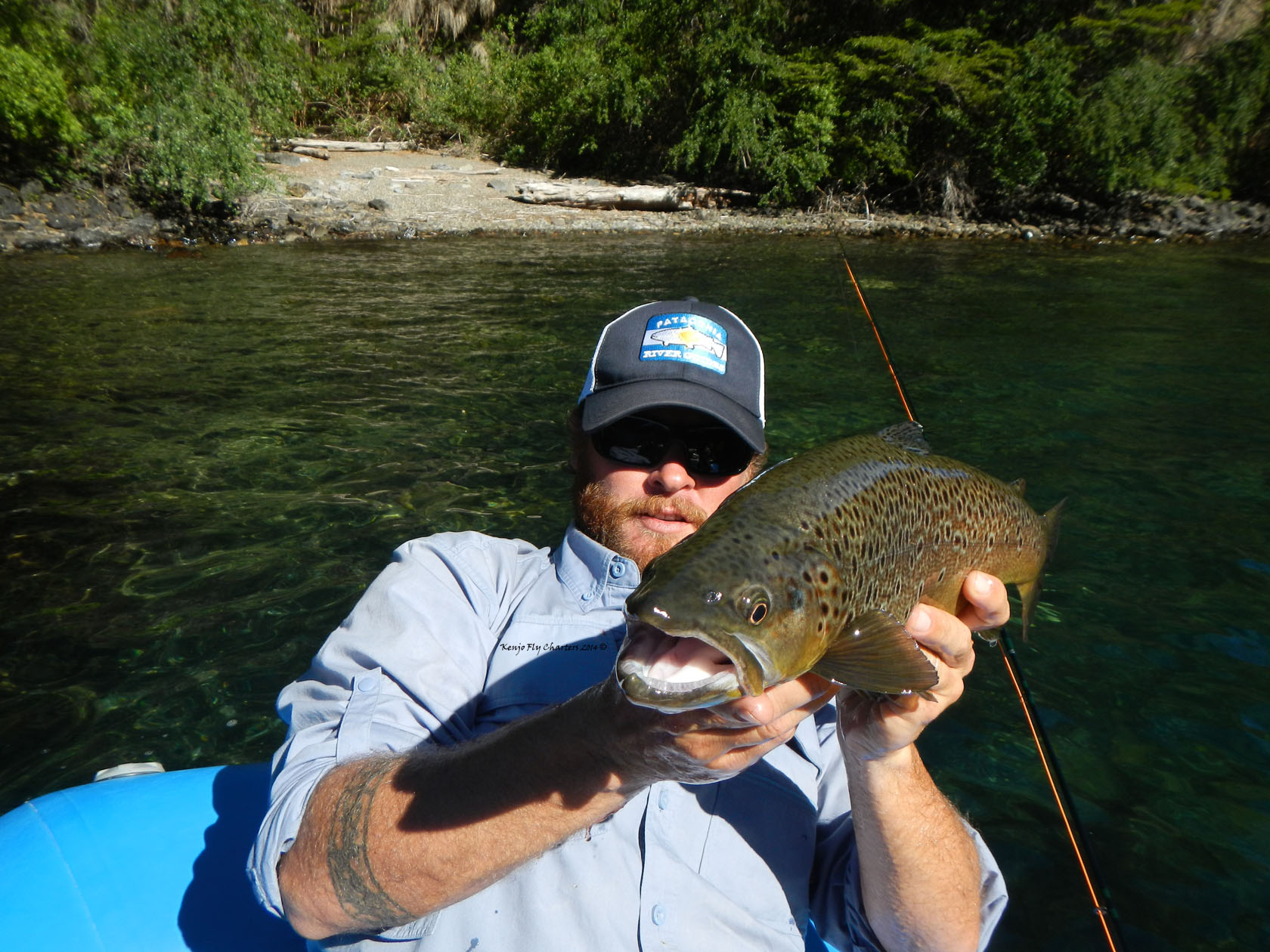 And that was it folks… this trout was “THE ONE” that got away. I got everything back, the line, the leader and even the fly with the hook still intact and in good shape. The fish escaped and that’s just how I like it. Swim free my pretty. The World is yours, as much as you want, and as much as you can handle.

Like those Fathead stickers, but for fish!
The folks at PhotoTaxidermy sent me a sample product last week, a larger than life-size vinyl static sticker of my little guy holding his mega-crappie from last year. I think its a great product. The colors are solid, the image is crisp, and it’s huge. I’d be interested to see how it looks with just you and the fish (no background) which is a product option they offer apparently. From the press release on the recent launch of the company: While traditional taxidermy takes months and needs the physical animal to create the replica, PhotoTaxidermy customers can simply snap a photograph of their trophy, upload it to PhotoTaxidermy’s website and have an exact replica printed and sent to their doorstep in a matter of days. Plus, the animal can be released back into the wild while hunting and fishing enthusiasts can still have a beautifully detailed memory to enjoy for generations.

Preventing a zombie carpocalypse in the Great Lakes
Capt. Nate and I are back in the mix with fisheries conservation out East — showing up at public meetings with the Army Corps of engineers to rant about the Corps’ inaction on a pending Asian Carp invasion.

You can check out an interview with Nate from our local NPR station here.

Fukushima radiation not showing up in Pacific Salmon
From the Seattle Times: Is it safe to eat fish from the Pacific Ocean in the wake of the Fukushima nuclear disaster? The consensus since the 2011 power plant failure has been a yes, but Seattle’s Loki Fish Co. found customers remained concerned. The fishing company, a local institution, went on to do its own testing for radiation levels in its fish, and shared the laboratory reports online. (The short version: The fish were fine.)

NFS call to action on ODFW’s Coastal Management Plan
The Native Fish Society is running a petition to improve native fish protections in the comprehensive CMP currently under discussion around the state. They’ve got a form online to send your comments in to ODFW leadership and the governor’s natural resource dept here. The basic message is this:

The CMP is a status quo hatchery and harvest management plan, not a conservation plan, and it is unlikely that this draft plan will ensure these salmonid populations are viable in the future.

This entry was posted in Oregon fly fishing links. Bookmark the permalink.